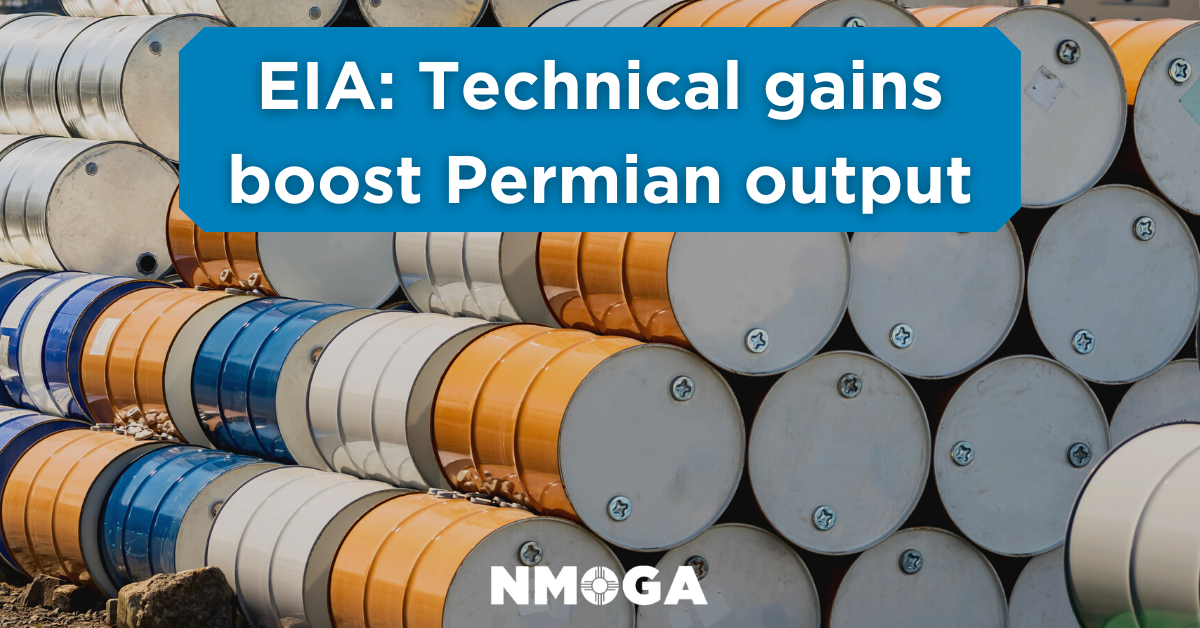 There is very little doubt the Permian Basin is one of, if not the most, prolific oil and gas producing basins in the world. It certainly dominates the other major US producing basins.

The Energy Information Administration, in a recent Today In Energy report, found technology innovations in drilling and completions have helped the Permian become more productive. According to the report, the Permian Basin accounted for about 30 percent of the nation’s crude production and 14 percent of natural gas production in 2020.

The EIA found operators continue to drill longer laterals in both basins. The share of wells with 11,000-foot or longer laterals rose from less than 1 percent in 2014 to around 20 percent this year across the Permian, according to the EIA report. The report also said operators are currently successfully testing laterals of more than 15,000 feet. In the first half of the year, Midland Basin wells averaged lateral lengths of 10,000 feet, while Delaware wells averaged lateral lengths of 8,700 feet.

“We have been participating in longer laterals for over a year, going from 2 miles to 3 miles for some operators,” Andy Hendricks, president and chief executive officer of Patterson-UTI told the Reporter-Telegram by email.

He said the longer laterals are being drilled in both basins but more so in the Midland Basin.

“For Patterson-UTI to be able to perform efficiently on these longer laterals, we have made a number of advancements,” Hendricks wrote. “We have modified some of our drilling rig structures to handle the greater loads. We are providing high-torque premium drill pipe rentals to reach the greater depths. We have improved our directional drilling technologies with downhole drilling motors that can drill faster and electronic measurement tools that can transmit data from the greater depths.”

On the completions side, he said, the company has provided the latest “Simu-Frac” equipment and processes to increase the number of stages that can be hydraulically fractured within a given time frame.

“Patterson-UTI's ability to provide this level of technology and process has significantly increased our utilization of our highest-spec drilling rigs, directional drilling technology and completion equipment in the Permian,” he wrote.

Completions companies also noted a rise in the number of stages while discussing advances in technology at this week’s Permian Basin International Oil Show.

John Eden with TechnipFMC said his company is increasingly utilizing automation to accommodate the increased number of stages as well as performing the work faster. He said clients want the company to move from well to well faster and be accurate.

Technical advances will mean fewer people on location for completion work, he predicted, which gets them out of the risk zone and lets them be utilized more efficiently on other tasks.

Bill Melton with TechnipFMC said the renewed focus on the environment and eliminating emissions has prompted the company to also focus on production facilities, “all that happens right before the flare.” The company offers solutions that can be built around existing facilities and help reduce flaring and cut emissions by 40 percent.

“It’s meaningful – that’s where most emissions stem from,” Melton said of production facilities.

For new facilities, TechnipFMC has unveiled a new production facility design that contains fewer modules, which means less leaks and offers the operator better control of the process and cut emissions by 60 percent.

Most notably, it contains no tanks.

“Most leaks from tanks,” Melton observed. “There’s a lot of costs from tanks. Eliminate the tanks and you change the game.” It also means producers can sell their oil right away by putting it right into the pipeline.

“Emissions are a huge challenge,” he said. “The industry has a lot of ideas floating around. I hear people talk about how they can go forward, how to live with what they’ve got. Most operators will have more older facilities than new ones.”

Javier Dominguez with Advanced Stimulation Technologies said his company is in the process of upgrading its equipment to reduce emissions and improve their environmental footprint. Of the company’s three frac spreads, one runs on dual fuel so it utilizes less diesel fuel. The company did install new manifolds, so one frac spread is on a skid instead of a trailer. Tier 4 pumps with emission controls have also been installed on some of thee equipment.

“We are doing more stages,” Dominguez agreed. And like TechnipFMC, he said clients want the work done faster, “We’re trying to reduce downtime between stages,” he said.

While the EIA said the use of proppants and fluids hasn’t changed significantly with the longer laterals, Dominguez said AST is using more sand and fluids as operators increasingly turn to multi-well drilling pads. The EIA report found 25 percent of the pads in both basins contained at least nine wells, citing data from Enverus. The company will soon be doing work soon on a seven-well pad, Dominguez reported.

AST is also turning to increased automation in an effort to reduce the number of personnel on site and reduce their risk exposure.

“We are trying to get better,” he said. “We’re capturing data, we’re using that data.”