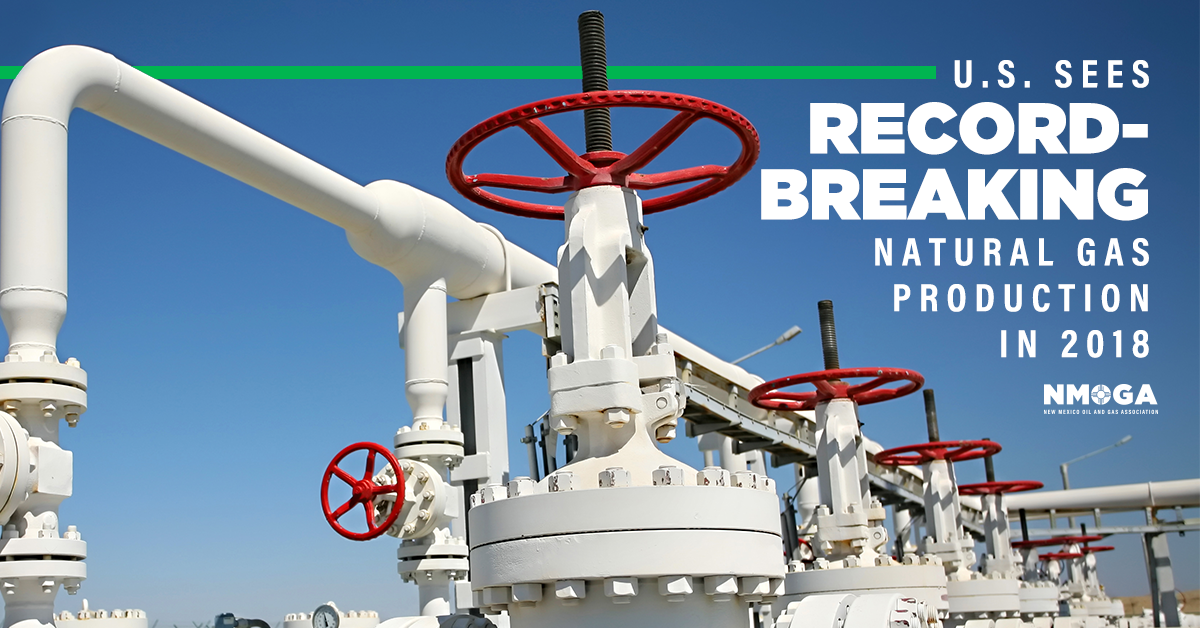 This increase was the largest percentage increase since 1951 and the largest volumetric increase in the history of the series, which dates back to 1930. US natural gas consumption increased by 11% in 2018, driven by the electric power sector. Natural gas gross exports totaled 10 bcfd in 2018, 14% more than the 2017 total of 8.6 bcfd. Several new LNG export plants came online in 2018, allowing for more exports.

US natural gas consumption grew in each end-use sector. Demand for natural gas as a home heating fuel was greater in 2018 than in 2017 because of slightly colder weather during most of the winter. Similarly, the summer of 2018 saw record-high temperatures, increasing demand for air conditioning and, therefore, electricity, much of which was generated by natural gas-fueled power plants. The electric power sector has been shifting toward natural gas in the past decade because of favorable prices and efficiency gains.

US natural gas production growth was concentrated in the Appalachian, Permian, and Haynesville regions. Pennsylvania and Ohio, states that overlay Appalachian basin, had the first- and third-largest year-over-year increases for 2018, increasing by 2 bcfd and 1.7 bcfd, respectively. Louisiana had the second-largest volumetric increase in dry production, up 1.8 bcfd as a result of more production from Haynesville shale. Texas remained the top natural gas-producing state (18.7 bcfd), as a result of continued drilling activity in the Permian basin in western Texas and eastern New Mexico.