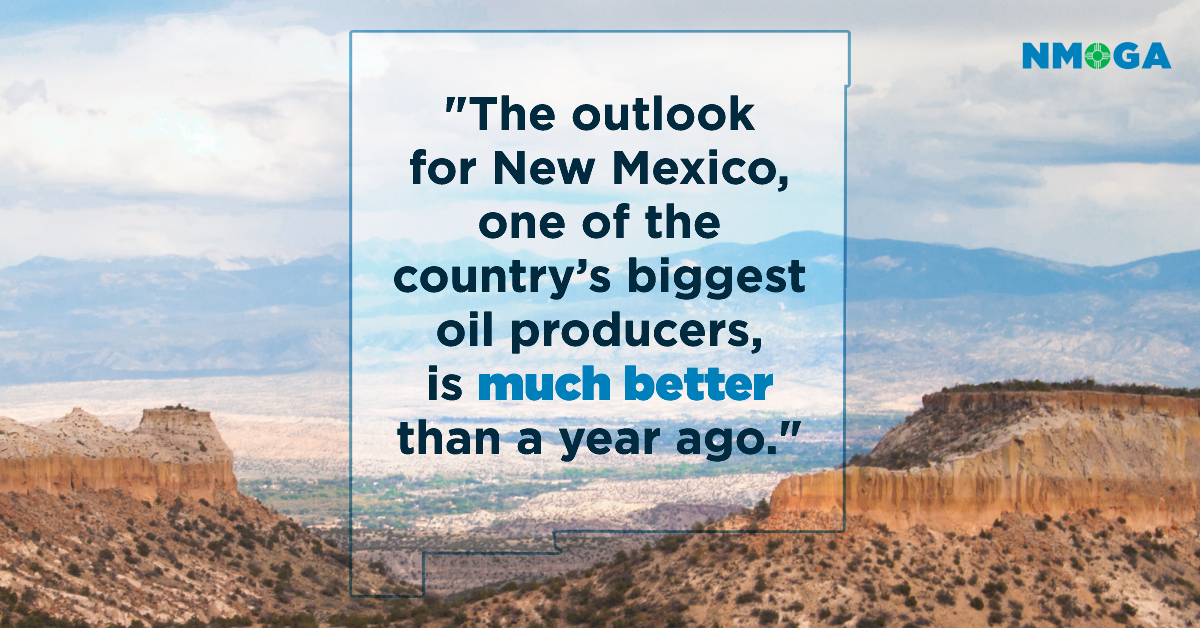 New Mexico’s fossil fuel industry is rebounding from a slump brought on by the coronavirus pandemic, a market downturn and uncertainty surrounding the Biden administration’s pause on new oil and gas leases on public lands, industry experts told a legislative committee Wednesday.

Surging oil prices are helping the state’s industry to recover as demand for fuel rises in response to businesses opening and more people traveling after widespread vaccinations, analysts said.

At the same time, OPEC nations have stemmed production to deliberately reduce global supply, resulting in oil prices climbing to $73 a barrel Wednesday — a dramatic increase from last year’s $15 low.

“With the world getting back to normal ... it means we’re seeing a lot of demand improvement,” Bernadette Johnson of Enverus, an energy industry software company, told the Legislative Finance Committee.

Prices should stay strong the rest of the year but are likely to drop if President Joe Biden lifts sanctions on Iran, which will free that country to sell oil again on the global market, Enverus said in a report. The infusion of oil will require OPEC to be disciplined and cut back on its production to balance supply and demand, the report said.

Still, everyone who made presentations agreed that the outlook for New Mexico, one of the country’s biggest oil producers, is much better than a year ago.

The industry’s recovery within the state could be hampered by the operators who held off on drilling new wells during the pandemic, said Adrienne Sandoval, director of the state Oil Conservation Division.

Simply put, new wells are needed for a higher volume to flow, Sandoval said. The lag should last no more than nine months before operators install new wells and enjoy a surge in activity, known as “catching the curve,” she said.

New oil rigs reached a monthly high of 117 in March 2020 and then fell to 40 in November, according to the division’s data. Activity picked up as oil prices rose, with 73 new wells drilled so far this month.

The Biden administration’s order to halt new mineral leases on public lands created some uncertainty among operators, but in reality it didn’t affect permits, Sandoval said.

Less than 10 percent of operations on federal land faced any risk of being curtailed. That’s because the Bureau of Land Management allows most operators to continue work as long as their wells are producing.

Still, there was a rush in 2020 to apply for leases as companies anticipated that a change in presidents could lead to more restrictions, said Garrett Golding, an economist at the Federal Reserve Bank in Dallas.

Earlier this month, a federal judge in Louisiana — whom former President Donald Trump appointed — blocked Biden’s moratorium on new leases, ruling that the freeze was never backed by any “rational explanation.”

As of February, operators obtained 6,089 permits to drill in New Mexico, Sandoval said. Roughly 75 percent of the permits issued in 2020 were for federal lands, an increase from the average of 50 percent in the previous five years, she said.

The industry continues to be a large source of revenue. Iglesias pointed to a recent study that estimated the industry put about $4.7 billion in the state’s coffers in 2020.

The longer-term question is how that revenue will diminish as New Mexico shifts from fossil fuels to lower-carbon, renewable energy to meet the governor’s and president’s goals on combating climate change, Iglesias said.

U.S. Sen. Martin Heinrich has proposed “energy transition payments” to offset revenue losses, but they wouldn’t cover everything such as decreased energy royalties, Iglesias said. That could add up to a net loss of hundreds of millions of dollars a year, depending on how rapidly the state moves away from fossil fuels, she said.

“What it really illustrates is the state’s need to prepare itself for possible future revenue declines,” Iglesias said.