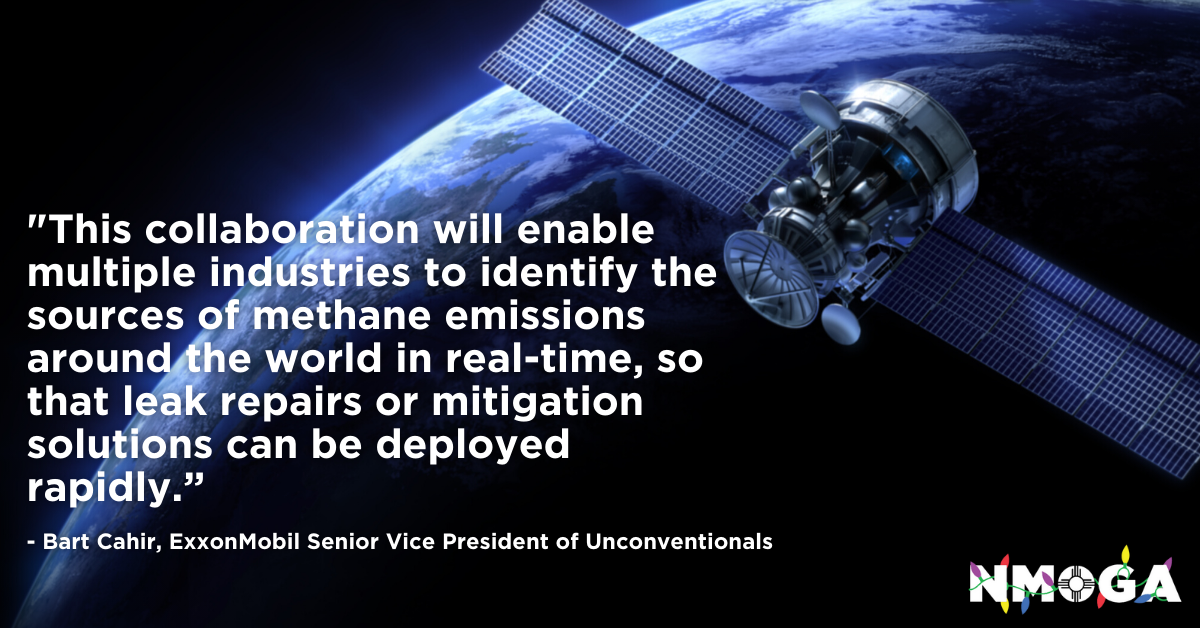 The nation’s largest oil company on Monday said it is working with Scepter Air to deploy 24 satellites starting in 2023 to create a global network of methane emission detectors. The first phase of the project will focus on capturing real-time methane emissions data from Exxon’s operation in the Permian Basin. Scepter’s satellite technology can detect and collect data on methane, carbon dioxide and other greenhouse gases.

“This collaboration will enable multiple industries to identify the sources of methane emissions around the world in real-time, so that leak repairs or mitigation solutions can be deployed rapidly,” said Bart Cahir, Exxon’s senior vice president of unconventional. “This is another example of how ExxonMobil is investing in technology with leading innovators to align with the Global Methane Pledge to reduce methane emissions by 30 percent by 2030, compared to 2020 levels.”

Oil companies are trying to lower greenhouse gas emissions to garner public approval to keep extracting fossil fuels as the world shifts toward renewable energy. Companies are trying to eliminate routine flaring, or the regular burning of natural gas from operations; use drones to detect leaks; and convert more of their production operations to electric fleets.

In particular, companies are trying to lower methane emissions, which is 84 times more capable of trapping heat in the atmosphere than carbon dioxide. A trillion cubic feet of natural gas in the Permian Basin of West Texas has been flared since 2013, according to the Energy Information Administration.

Exxon also has pledged to eliminate routine flaring and achieve net-zero emissions from its own Permian operations by 2030. The company in September announced plans to certify some of its natural gas production through an independent third-party company to help customers choose lower-emission fuel.

Exxon, through its partnership with Scepter, said it could help expand use of satellite emission detection technology to a dozen industries, including energy, agriculture, manufacturing and transportation. The companies are working to develop a proprietary data system that takes emissions data from multiple detection sources, including ground-based sensors and aerial surveys, to identify ways to reduce emissions.

"We’re excited to work with Exxon Mobil to develop a system that goes beyond methane detection. Our data fusion platform will be central to a broader capability to detect, quantify, abate and certify," said Philip Father, CEO of Scepter. "This approach is rooted in our mission of providing comprehensive observations on a real-time basis and global scale, therefore meeting various environmental, social and governance reporting needs.”