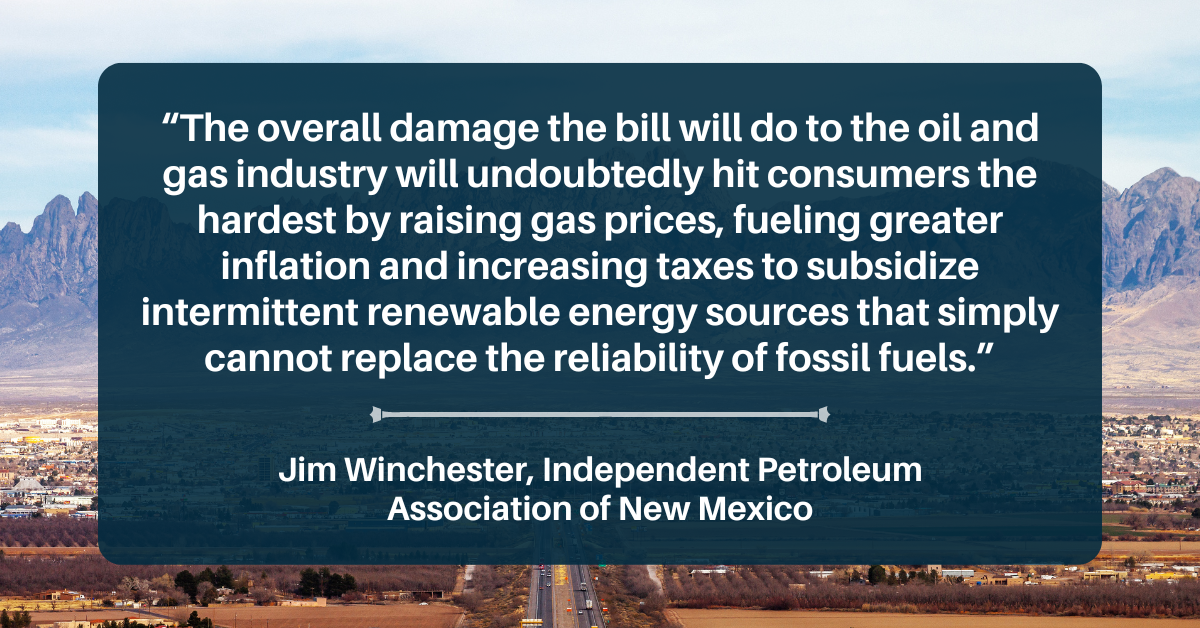 It’s being called sweeping, historic, transformative — a bill that would accelerate the green energy transition and put America on the forefront of combating climate change.

The Inflation Reduction Act would reduce climate-warming greenhouse gas emissions by 40 percent by 2030 — within sight of President Joe Biden’s goal of cutting those pollutants in half by that date — all while investing in clean energy and offering billions of dollars to frontline communities that have borne the brunt of pollution.

In all, the bill makes $369 billion available to spend on climate-related actions, by far the most in U.S. history. Analysts estimate that for every ton of emissions produced under this bill’s provisions, 24 tons will be avoided.

It would give Democrats a significant win as they seek to keep their slim majorities in the U.S. House and Senate in the midterm elections, which traditionally favor the party not in the White House.

But a mammoth $750 billion bill wrapped in such grand promises and packing such political weight has proved divisive, especially when it comes to reshaping energy policies in a state that has long felt the fossil fuel industry’s impacts, both beneficial and harmful.

New Mexico, the nation’s second-largest oil-producing state, will be a heated testing ground for the landmark legislation.

The bill passed the Senate with a razor-thin 51-50 vote — Vice President Kamala Harris broke the tie — and was sent to the House, where it was approved Friday along party lines. It now will go to Biden’s desk.

A spokesman for the state Energy, Minerals and Natural Resources Department said the agency will assess how it affects New Mexico as well as how to apply for funds.

Environmentalists and industry leaders have found much to dislike, though for different reasons.

The heart of the discontent: Conservationists think too many concessions were made to prop up the fossil fuel industry at the expense of renewable energy and frontline communities, while the industry chafes at higher fees, increased regulation and the underlying goal to diminish its energy dominance.

One tribal and conservation advocate said the bill overall is good for the climate and the country, but bolstering the fossil fuel industry is treating the frontline communities — which are disproportionately Indigenous in Northern New Mexico — as collateral damage.

“We continue the sacrifice zone here in New Mexico,” said Terry Sloan, director of Albuquerque-based Southwest Native Cultures and a member of the Greater Chaco Coalition. “It’s becoming an environmental wasteland with 40,000 oil wells in the [northern] region already.”

Senate leaders slimmed down the package and made it more favorable to industry to appease Sen. Joe Manchin, a West Virginia Democrat who blocked a much larger version of the bill. They also agreed to discuss permitting reforms to make it quicker and easier for oil companies.

Despite the carrots, oil and gas industry groups found little to praise.

“The overall damage the bill will do to the oil and gas industry will undoubtedly hit consumers the hardest by raising gas prices, fueling greater inflation and increasing taxes to subsidize intermittent renewable energy sources that simply cannot replace the reliability of fossil fuels,” Jim Winchester, the executive director of the Independent Petroleum Association of New Mexico, wrote in an email.

The group is skeptical of federal leasing provisions that promise to fix “the massive problems created by the Biden administration’s own war on oil and gas,” Winchester added.

In a show of disenchantment from both sides, 369 environmental and community advocates sent a letter to Senate leaders before the final vote, urging them to kill any aid to industry; meanwhile, 60 industry groups, including the New Mexico Oil & Gas Association, sent a letter to House leaders requesting they scrap new taxes and fees in the bill.

One environmental advocacy group says the bill is less than ideal, but overall the benefits to the climate and the funding to drive the energy transition are unprecedented.

“The good far outweighs the troublesome parts of the bill,” said Aaron Weiss, deputy director of the Center for Western Priorities, based in Denver.

A cornerstone of the bill ties renewable energy production to oil and gas leasing, both onshore and offshore, for the next decade — a sore spot for conservationists because it slows the prospect of fossil fuels being phased out.

To generate renewable energy on public lands, the government must make 2 million acres available for oil and gas leasing or accept 50 percent of operators’ proposed acreage to lease, whichever is smaller.

60 million acres to lease before any wind projects are allowed.

Weiss noted offshore drilling has grown more expensive, while fracking has made onshore operations cheaper. Former President Donald Trump offered as much offshore acreage as possible in the Gulf of Mexico, but few operators went for it.

Onshore, he said, most of the land worth drilling, such as in the Permian Basin, has already been leased, seriously limiting the expansion some people fear.

“We certainly don’t think that it’s a good thing that this [bill] locks in another 10 years of mandatory leasing,” Weiss said. “But it’s also not clear that in the end it will result in that many more acres being leased.”

Under this bill, companies would pay a higher royalty to the federal government on oil and gas revenue for the first time in a century. Rates would be raised to 16.66 percent from the current

The minimum bid for an oil and gas lease would increase to $10 an acre from $2 per acre. And noncompetitive bidding would be eliminated.

Yearly rental rates for land to be drilled are now $1.50 an acre for the first five years and then $2 for the next five years.

Those per-acre rates would be bumped to $3 for the first two years, $5 for the next six years, and then $15 after that.

Weiss called that a much-needed change.

“It finally creates a real ‘use it or lose it’ incentive for these oil companies,” Weiss said. “They can’t just sit on acres, pad their books and not use them.”

The penalties are meant to spur operators to improve their practices and technology to curb a potent greenhouse gas that has 80 times the warming effect of carbon dioxide in a 20-year period.

However, the rule would apply only to facilities that produce the equivalent of more than 25,000 metric tons of carbon dioxide emissions each year, exempting roughly 60 percent of operations.

“There’s a loophole in that [provision],” said Erik Schlenker-Goodrich, executive director of the Western Environmental Law Center. “I like the methane fee program. But it’s important to note it is not comprehensive.”

Schlenker-Goodrich applauded the bill’s $60 billion in aid for disadvantaged communities that have suffered environmental inequities.

Research and digital mapping show that poorer communities of color are most likely to have homes and schools near fossil fuel operations, pipelines, freeways, factories and other sources of air pollution.

However, Schlenker-Goodrich criticized parts of the bill that could perpetuate the problems for these communities, such as requiring a certain amount of oil and gas leasing in the next decade.

He also said he was concerned about the deal struck with with Manchin on the permitting reform he has pushed for, with the main one being to speed up the review process, partly by reducing regulatory hurdles.

The permitting reforms aren’t part of the bill — industry groups complained about that in their letter to the House — but will be taken up as quid pro quo for Manchin backing the bill.

Fast-tracking shouldn’t be the goal, even for renewable energy projects, but rather agility, Schlenker-Goodrich said. That means adapting to conditions on the ground, getting public input and changing the approach if new information calls for it, he said.

“If you focus on speed … you risk making bad decisions,” he said.

Sloan, the tribal advocate, agreed that rushing permit approval without thorough vetting is a bad idea.

It’s also counterproductive to artificially extend fossil fuel leasing for a decade because in that timespan much of the world could switch to electric cars and renewable energy, drastically lowering demand for oil and gas, Sloan said.

Therefore, it makes no sense to keep subjecting front-line communities to the same hazardous pollution from oil field emissions and fracking, Sloan said. Certain areas of the Navajo Nation have reached a critical level with contamination, he said.