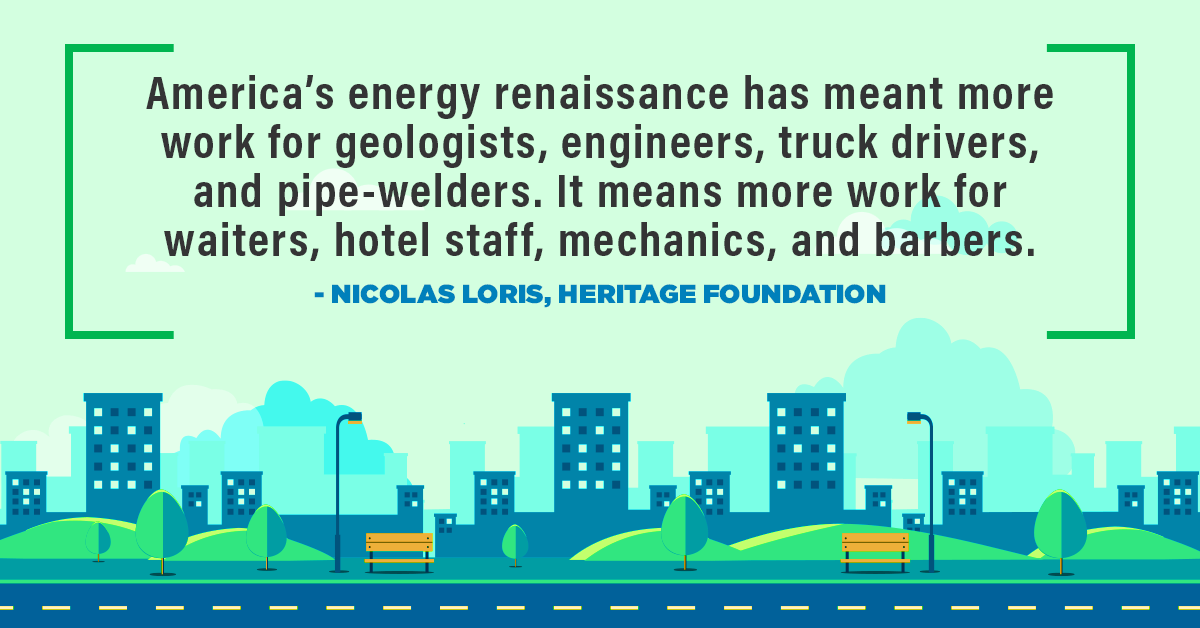 If a policymaker proposed banning cars and trucks or reducing the speed limit to 5 mph to reduce traffic fatalities, he or she would be laughed off the stage. Such a policy ignores the benefits of driving and disregards how people accept risk and trade-offs in their lives.

So why should we treat efforts to ban fracking any different?

Hydraulic fracturing, better known as fracking, is safe. Studies from the U.S. Environmental Protection Agency, the U.S. Geological Survey, and many academic institutions have all concluded that fracking poses no threat to groundwater supplies. The move in energy markets from coal to natural gas has improved air quality and reduced carbon dioxide emissions.

And yet some states and counties have advocated for fracking bans, and more recently, several presidential candidates have called for the same.

While a president doesn’t have the sole authority to simply wave a wand and ban fracking, a “keep it in the ground” administration could bury industries in enough red tape to achieve a similar purpose.

But that would be bad news—for the economy, for the environment, and for national security.

Thanks to advances in smart-extraction technologies, the United States is now the world’s largest oil and natural gas producer. Stripping the U.S. of that distinction without any sound scientific reason for doing so would not only devastate the country’s thriving energy sector, but all of the jobs and industries that support it.

An economic revitalization has taken place in struggling parts of the country where businesses specifically cite cheap, plentiful natural gas as the reason for locating there. A fracking ban would wipe those economic gains away.

And let’s not forget the hundreds of millions of Americans who rely on affordable, reliable power. As families pump more heat into their homes in the winter, the U.S. Energy Information Administration reported that February natural gas prices are the lowest they’ve been in 20 years.

In effect, the shale gas boom is acting like a tax cut, putting more money back in families’ wallets. The Council of Economic Advisers recently found that the shale boom saves U.S. consumers nearly $203 billion annually—about $2,500 for a family of four.

Alternatively, prohibiting domestic development would serve as a massive tax hike. And it would not just harm families at the pump and at the meter, but for all the goods and services they buy. America’s poorest families would be hit hardest because they spend a higher percentage of their budget on energy bills.

Even the international community has weighed in on what a terrible idea a fracking ban would be.

Last year, International Energy Agency Executive Director Fatih Birol told CNBC, “This would have major implications on the market for the U.S. economy, for jobs growth, and everything, and not good news for energy security, because, for example, U.S. natural gas provides a lot of security to the markets.”

Increased supplies and inventories have created a welcome cushion to withstand the adverse economic impacts of geopolitical events that would typically send prices skyrocketing.

Domestic energy producers are helping our European allies by loosening Russia’s grip of the natural gas market, which reduces its ability to manipulate energy supplies for political purposes. Through energy exports, the U.S. will continue to bolster economic and national security relationships worldwide.

A fracking ban would also have adverse effects on the environment.

Policies that needlessly restrict energy supplies in the U.S. won’t stop consumers from using oil or natural gas, whether in the U.S. or elsewhere. Instead, production will merely shift to places where the environmental standards aren’t as rigorous. Any decision to significantly curtail America’s energy output will be a gift to Russia, Saudi Arabia, and the rest of OPEC.

The role of public policy should be to adequately protect public health and safety. Courts should certainly hold companies liable for any environmental damage they cause. But calls for a fracking ban instead hostilely target one industry and set regulations that are devoid of any meaningful environmental benefit, mischaracterize risk, and misinform the public.