Fresh signs of life point to resiliency of Permian Basin 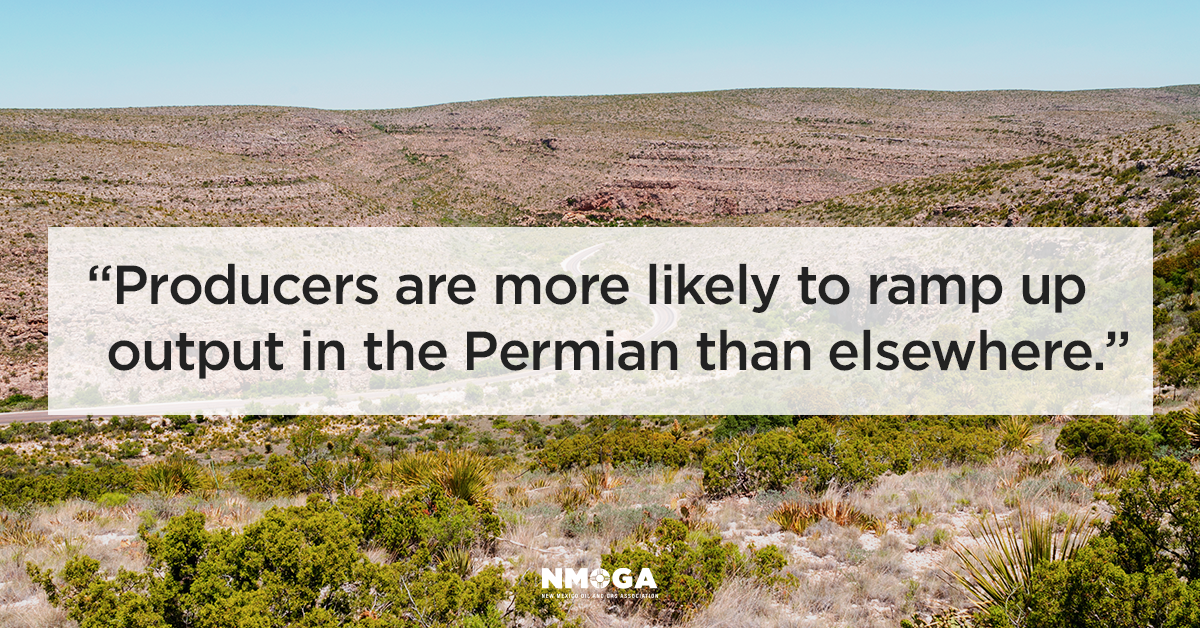 For the mayor of Hobbs, that means activity is picking up again in the heart of New Mexico oil country.

“You can see an increased movement of people and equipment,” Cobb said about the highway that runs from his city to Carlsbad, through the state’s energy-rich southeast. “I drove through the community this afternoon, and I’m seeing a lot more activity.”

Officials and residents across New Mexico’s portion of the Permian Basin are reporting similar signs of life, and their anecdotes align with recent positive trends in crude production and state revenue.

Only nine months after a devastating spring that spelled the sudden end of the state’s record-setting oil boom, the industry is coming back faster than expected.

In Santa Fe — a world away from the flat, dusty, mesquite-dotted terrain of the oil patch — this surprising turnaround is perhaps most evident in the most recent state revenue forecasts. They came in much rosier than the grim predictions economists made after crude prices plummeted amid the emergence of the coronavirus pandemic in March and April.

State economists now expect state revenue of nearly $7.4 billion for the next fiscal year, a big improvement from the $6.2 billion forecast six months ago. This has allowed state government to dial back its planned belt-tightening and no longer require agencies to cut their general fund spending by 5 percent.

There are a number of reasons for this, from the impact of federal stimulus money to budget adjustments made in the June special session. But the greatest one has been the recovery in energy production. New Mexico state revenue is highly dependent on oil.

“The big player, of course, is oil and gas,” said state Rep. Patty Lundstrom, a Gallup Democrat who chairs the House Appropriations and Finance Committee.

While the state’s oil output plummeted 11.5 percent in the second quarter of 2020, it rose 5.2 percent in the third, according to the U.S. Energy Information Administration.

In fact, monthly output already has returned to near historical highs. September’s monthly production of 30.7 million barrels was in the ballpark of the state’s record of 34.4 million — set in March, just before the impact of the pandemic set in — and was higher than any month during the boom times of 2019.

“Oil and gas did not collapse like was feared,” David Abbey, director of the Legislative Finance Committee, said in an interview.

West Texas Intermediate crude hit $49 per barrel Dec. 18 after sinking to the teens in late March and even briefly turning negative in April. New Mexico’s average oil price recovered to $37 per barrel by September after falling below $15 per barrel in April.

“That is a signal for more activity, more production,” Fine said. “Production has followed price.”

‘An uptick in the traffic’

State Sen. Gay Kernan, R-Hobbs, said she’s seeing evidence of that increased activity on the ground, as well, although she noted it’s not close to pre-boom levels.

“Yes, things are better,” she said about her hometown. “Initially, there was not work and we lost significant jobs. But I am seeing an uptick in the traffic.

“Definitely, we’re seeing an increase in production,” added Kernan, who sits on the Senate Finance Committee.

There are also sporadic signs that oil workers who were laid off at the start of the pandemic are returning to the industry.

Seth Aldridge, a 34-year-old resident of oil-rich Lea County, had been unemployed for most of the year after losing his job as an oil field pumper for Occidental Petroleum in the spring.

But recently, he got a call that seemed heaven-sent — Occidental wanted him back in the workforce. Aldridge was hired for a dispatcher position at the company’s “integrated operations center,” which performs operations such as turning on pumps and opening and closing valves.

Aldridge said he wasn’t the only one being rehired in the area.

“I do get the sense that more people are hiring, and they’re starting to open wells back up, and they need people to take care of them,” he said. “You get the feel that it’s kind of coming back.”

‘We have the geology here’

A key reason oil activity has come back faster than expected in the Permian is that world energy consumption has recovered from the pandemic more quickly than energy analysts originally had anticipated, Fine said.

“China has recovered and they’re importing oil again,” said Fine, who was a research associate at MIT and a project leader in new energy policy for the state of New Mexico from 2013-16. “The world consumption of oil is returning to 2019 levels.”

While global consumption of oil fell by 20 percent at the onset of COVID-19, it is now only 5 percent below pre-pandemic levels, he said.

Another reason for the increased activity in New Mexico is the nature of the Permian Basin itself.

The geology of the Delaware Basin, a subset of the Permian largely located in New Mexico, is attractive because it allows operators to benefit from lower production costs more than in other areas of the U.S. — so producers are more likely to ramp up output in the Permian than elsewhere.

“We have the geology here and we have lower costs,” Fine said.

The basin has more geologic formations stacked on top of each other — which geologists and operators often refer to as a “layer cake” — and this gives drillers more places to extract oil in the same parcel of land.

Largely as a result, the basin has a low break-even cost of $35 per barrel, according to the Legislative Finance Committee.

“Updated analysis from energy analytics firms indicate declines in the Permian Basin will be less severe than other basins in the U.S. due to lower production costs,” LFC economists said in a December report.

While the numbers give reason for optimism, New Mexico’s oil producers — and its state revenue — are far from home free.

While New Mexico’s rig count has been rising steadily from a low of 41 in September to 66 as of Dec. 18, according to oil field services company Baker Hughes, it’s still a long way off from its peak of 117 in March.

There’s also still a lot of unused oil field equipment lying around the Permian, waiting for better days to return.

And overall employment data for New Mexico’s mining sector has yet to reflect the turnaround in production.

The state’s mining and logging sector has shed jobs through the year, from a high of around 26,400 in February to about 18,600 jobs in October, according to the U.S. Bureau of Labor Statistics, based on data collected from the state Department of Workforce Solutions.

The lack of improvement in the job numbers could be because oil companies are shifting away from labor-intensive production, meaning fewer workers may be needed to produce the same amount of oil, said Michael O’Donnell, acting director of the University of New Mexico’s Bureau of Business and Economic Research.

Another concern for the future is that New Mexico has yet to truly diversify its economy and tackle the long-term challenges that come with its dependence on oil and gas.

That’s particularly important given the share of renewable energy sources such as wind, solar and hydropower in meeting global energy demand is expected to continue growing over the long term.

“Our state’s revenue structure is too dependent on oil and gas,” Abbey said.

Yet for now, considering the tumult of the 2020 oil markets and global economy, both New Mexico’s public officials and oil companies have cause to be happier than many would have thought.