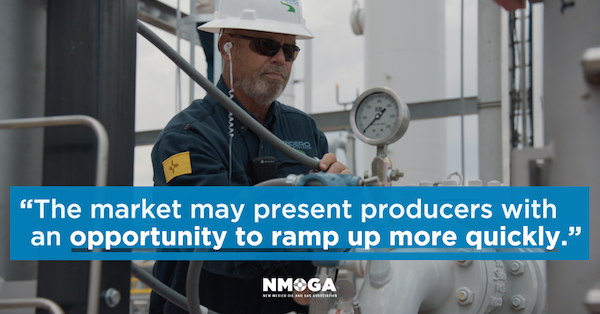 In its June Oil Market Report, the International Energy Agency has raised its 2020 oil demand forecast by nearly 500,000 b/d to 91.7 million b/d, due to stronger than expected deliveries during the COVID-19 lockdown.

“New data show that demand destruction in the early part of the year was slightly less than expected, although still unprecedented,” IEA said.

Regarding the higher oil demand forecast, IEA said that increased mobility indicators in the March-May period provided support. In particular, China’s strong exit from lockdown measures has seen demand in April almost back to year-ago levels. India demand also rebounded strongly in May, although demand is still well below year-ago levels.

IEA forecasts that, in the second half of the year, the easing of lockdown measures in many countries should provide a boost. Even so, demand in 2020 is expected to be 8.1 million b/d lower than in 2019, with the biggest declines seen in the first half of the year.

“This 2.4 million b/d gap between 2021 and 2019 is largely explained by the dire situation of the aviation sector. Data from the International Air Transport Association show that passenger traffic in 2020 will be nearly 55% lower than in 2019. The industry will continue to be a drag on oil demand through 2021, with our first estimate showing that, having fallen by 3 million b/d in 2020, jet/kerosene demand will rebound by only 1 million b/d in 2021, leaving it below the pre-crisis level,” IEA explained.

Global oil supply plunged by 11.8 million b/d in May, driven by a record Organization of the Petroleum Exporting Countries plus (OPEC+) cut and economic shut-ins in the US, Canada, and elsewhere.

After tumbling by a massive 7.2 million b/d in 2020, global oil output is set for a modest 1.7 million b/d recovery in 2021, assuming OPEC+ cuts ease, Norway, Brazil, and Guyana deliver solid gains and Libya manages to sustain a rebound, IEA forecasts.

“However, anticipated year-on-year (y-o-y) growth of 1.7 million b/d in 2021 comes nowhere close to meeting the forecast recovery in oil demand of 5.7 million b/d, even considering the need to draw down surplus stocks that built up in 2020. That suggests that the market may present producers with an opportunity to ramp up more quickly than dictated by current OPEC+ policy or US and other non-OPEC production could recover more strongly than forecast,” IEA said.

For its part, OPEC+ got off to a strong start during the first month of its historic 9.7 million b/d supply cut. The group reduced supply during May by 9.4 million b/d versus April, to deliver a compliance rate of 89%. Saudi Arabia and Russia achieved a rate at or near 100%, while other Gulf producers came in above 90%.

To help speed the rebalancing, OPEC+ agreed on 6 June to extend its record supply cut by one month to the end of July. The total cut in July will ease to 9.6 million b/d because Mexico will only curb output through June.

From August through December, the total reduction is due to drop to 7.7 million b/d and then decline to 5.8 million b/d from January 2021 through April 2022. The group also agreed stricter measures to ensure that producers adhere fully to supply targets. Countries such as Iraq, Nigeria, Angola and Kazakhstan, which pumped in excess of their quotas in May, will have to compensate by making extra cuts in 2020 third quarter.

The next OPEC+ ministerial meeting is set for 1 December, but the Joint Ministerial Monitoring Committee will meet on a monthly basis to assess the market.

Global refining intake in April fell 6.6 million b/d month-on-month to just 68.8 million b/d, down 12.3 million b/d year-on-year and in May it was down by a further 1 million b/d.

Large implied product stock builds set the stage for a subdued margin environment for the near future. After a 5.4 million b/d decline this year, refining activity is set to gain 5.3 million b/d in 2021, nearly recovering to 2019 levels, but below the 2018 historical peak.

OECD data for April show that industry stocks rose by 148.7 million bbl (4.9 million b/d) to 3,137 million bbl and were 208.3 million bbl above the 5-year average. In the US, preliminary data show that commercial stocks in early June were at record highs, having built by about 1 million b/d in 2020.

In the first quarter of 2020, government-held stocks increased by nearly 2 million bbl, mainly product stocks in Europe. In May, floating storage of crude oil fell by 6.4 million bbl from its all-time high (172.2 million bbl in April) to 165.8 million bbl.

“In sporting terms, the 2020 oil market is now close to the half time mark. So far, initiatives in the form of the OPEC+ agreement and the meeting of G20 energy ministers have made a major contribution to restoring stability to the market. If recent trends in production are maintained and demand does recover, the market will be on a more stable footing by the end of the second half. However, we should not underestimate the enormous uncertainties.”