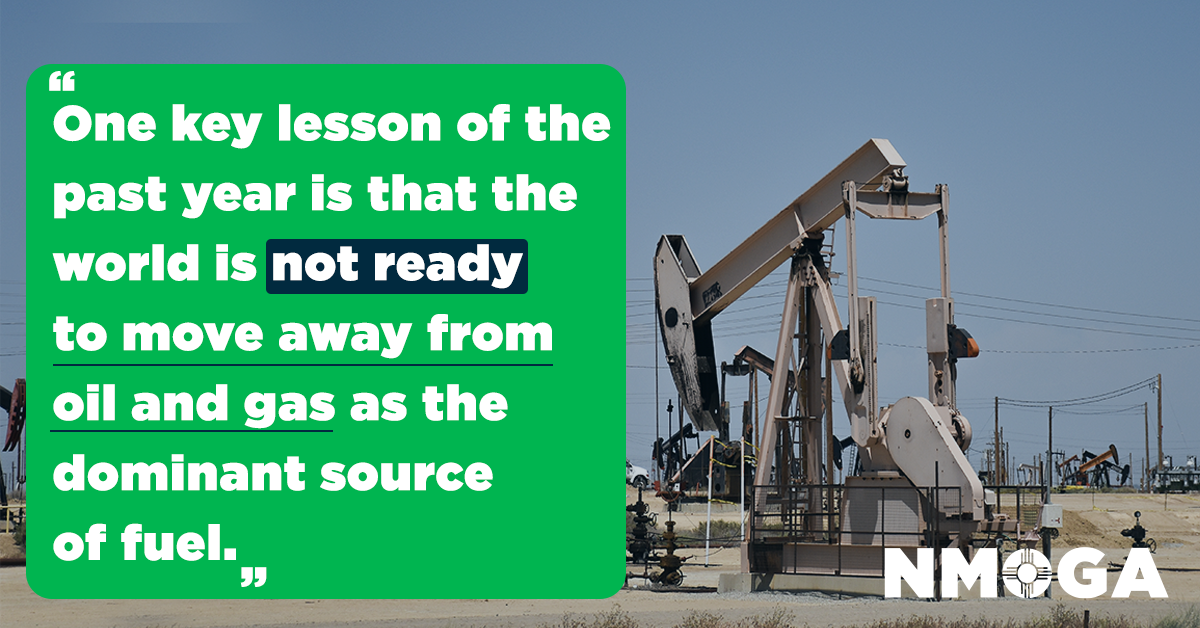 One key lesson of the past year is that the world is not ready to move away from oil and gas as the dominant source of fuel, according to JPMorgan Chase CEO Jamie Dimon.

The bank leader said on CNBC’s “Squawk Box” on Tuesday that the ongoing war in Europe highlighted that fossil fuels are still a key component of the global economy and would remain so for the foreseeable future.

“If the lesson was learned from Ukraine, we need cheap, reliable, safe, secure energy, of which 80% comes from oil and gas. And that number’s going to be very high for 10 or 20 years,” Dimon said.

Russia’s invasion of Ukraine earlier this year sent commodity prices soaring, including oil and natural gas. U.S. oil benchmark West Texas Intermediate crude traded above $100 per barrel for much of the spring and summer, though it has since eased back toward pre-war levels.

The rising price of natural gas has been a particular pain point in Europe, which previously relied on heavily on Russian gas for home heating.

Dimon said that world leaders while pursuing renewable alternatives need to focus on an “all of the above” energy strategy to maintain fuel for economies and reduce carbon emissions, not neglecting oil and gas production in the near term.

“Higher oil and gas prices are leading to more CO2. Having it cheaper has the virtue of reducing CO2, because all that’s happening around the world is that poorer nations and richer nations are turning back on their coal plants,” Dimon said.

The JPMorgan leader had previously declined a pledge to stop doing business with fossil fuels, saying in a Congressional hearing that the move would be a “road to hell for America.”