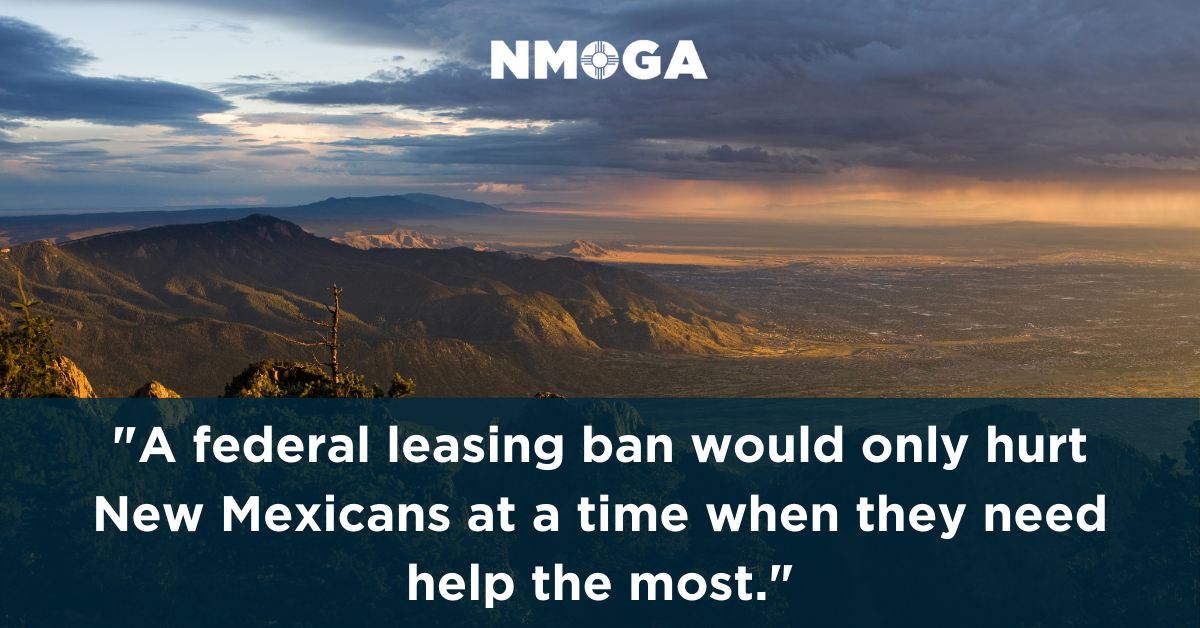 Last month, a group of 24 New Mexico Democrats sent a letter to President Biden supporting the administration’s moratorium on federal oil and gas leases. While my former colleagues are correct that we have a responsibility to combat climate change, they conveniently fail to acknowledge the devastating impact banning oil and gas operations on federal lands and waters will have on our recovering economy here in New Mexico, and the fact President Biden’s executive order could very well just be the tip of the iceberg.

The Biden administration has clearly made environmental regulation a priority, but additional, and potentially overreaching, regulation on the oil and gas industry will gravely impact our state and threaten our state’s revenues and future. Our elected officials need to instead find a solution that works for both New Mexico’s business community and our environment.

The oil and gas industry plays a critical role in New Mexico, creating jobs and boosting local economies through its employment and payments to state and local governments. Over one-third of our state is made up of federal land, enabling our communities to benefit from the development of oil and gas resources by the Bureau of Land Management. In 2020, proceeds to New Mexico derived from drilling on federal land totaled $707 million – the most of any state in the country – and accounted for nearly 10% of our state’s total budget. However, if this leasing ban were to be enacted permanently, this revenue would be gone.

That potential lost revenue is concerning. As a former Democratic state representative and current chairman of Sustainable New Mexico, I am well-versed in just how critical money received from oil and gas operations can be to local, tribal, and state authorities. Funds from oil and gas operations help to support a range of public outlays, including schools, hospitals, parks and other essentials. Without this monetary support from the oil and gas industry, communities across New Mexico could face a budgetary crisis.

Most notably, oil and gas has provided our state with $1.37 billion for education, accounting for over one-third of our annual education budget. This money goes toward salaries, professional development and other needs, helping to provide a reliable educational foundation for New Mexico’s youth that prepares them well for the future. Yet it remains to be seen how this funding would be sourced if a federal leasing ban were to become permanent. New Mexican students would unduly suffer as we would need to balance education funding with support for our reopening and recovery.

Additionally, the oil and gas sector supports 134,000 jobs in New Mexico, providing well-paying careers and consistent paychecks to workers in every corner of the state. However, a report by the American Petroleum Institute found if the federal leasing ban is made permanent, New Mexico could lose up to 62,000 jobs by 2022 and risk $1.1 billion in state revenue. We cannot simply write off the livelihoods of 62,000 New Mexicans in one fell swoop – especially not as our state tries to recover from one of the most trying periods in history. A permanent leasing ban would do irreparable damage to our local communities and economies.

While the White House’s focus on combatting climate change is well-intentioned, the unintended consequences of a federal leasing ban are too severe to be ignored. If federal lands leasing were to be halted, billions in tax revenue that fund education, health care and other public initiatives in New Mexico would disappear. This unfairly harms the children, families and communities that compose our state – including many in rural or tribal areas.

In terms of leasing bans, I can only hope President Biden understands both the pros and cons of such an action. Oil and gas operations provide crucial revenue streams to New Mexico and other energy states. A federal leasing ban would only hurt New Mexicans at a time when they need help the most.