Methane Emissions From Oil And Gas Are Plummeting Without Obama Rule 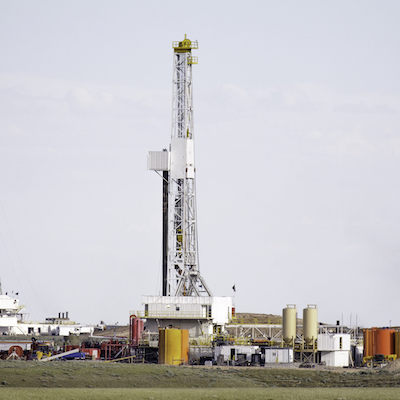 Methane emissions from natural gas wells have dropped during the past six years, even as activists and lawmakers argue that stringent regulations are required to tackle what they believe are sky-high emission levels.

Emissions from onshore natural gas production tumbled nearly 14 million metric tons between 2011 and 2016, according to a report from Energy In Depth, which analyzed data from the Environmental Protection Agency’s (EPA) Greenhouse Gas Reporting Program. The data also found that levels had decreased even as natural gas production increased.

In the San Juan Basin, an area located in parts of New Mexico and Colorado, emissions fell by 47 percent since 2011. Activists frequently claim that San Juan’s methane hot spot releases are reason enough for bulking up rules governing emissions.

The Trump administration announced in October a two-year delay on rules designed to regulate methane, a potent greenhouse gas that scientists argue contributes to global warming. Officials are using the delay to buy time for a plan replacing the rule. The official order is being delayed in the courts.

Energy companies pushed for repeal while the EPA reconsidered whether to implement the stricter standard. The Bureau of Land Management (BLM) entered a notice earlier this year to delay a separate rule finalized in November that would limit methane burned off from drilling operations on federal lands.

Emissions have also fallen 26 percent since 2011 in the Appalachian Basin, at the same time that natural gas production in the region quadrupled, according to data from the Energy Information Administration (EIA). Marcellus shales are in parts of Pennsylvania, where some researchers contend high emission levels contribute to low birth weight levels in children.

But much of the research on the matter is inconclusive. One report, for instance, inadvertently showed that mothers who live 1.8 miles away from oil and natural gas sites are more likely to have babies with low birth weights than those who live closer, which seriously hurts the conclusion that mothers who live closer to wells are at a higher risk of having underweight children.

The report’s authors also conceded that their findings could be unrelated to the fracking industry. The study notes that those studied were “younger, less likely to have been married at the time of the birth, and less educated — characteristics that might lead to worse infant health outcomes even in the absence of fracturing.”

Interior Secretary Ryan Zinke ordered the BLM to review an Obama-era rule curtailing emission levels earlier in December as part of an effort to repeal regulations that burden energy production. A federal court ruled in October that the BLM’s previous attempt to delay the methane rule violated the Administrative Procedures Act.

Critics lashed out at the previous administration for yoking the industry with yet another expensive regulation. The methane rule was estimated to cost $1.8 billion, and was finalized as one of many “midnight” regulations pushed through in the final weeks of Obama’s administration.