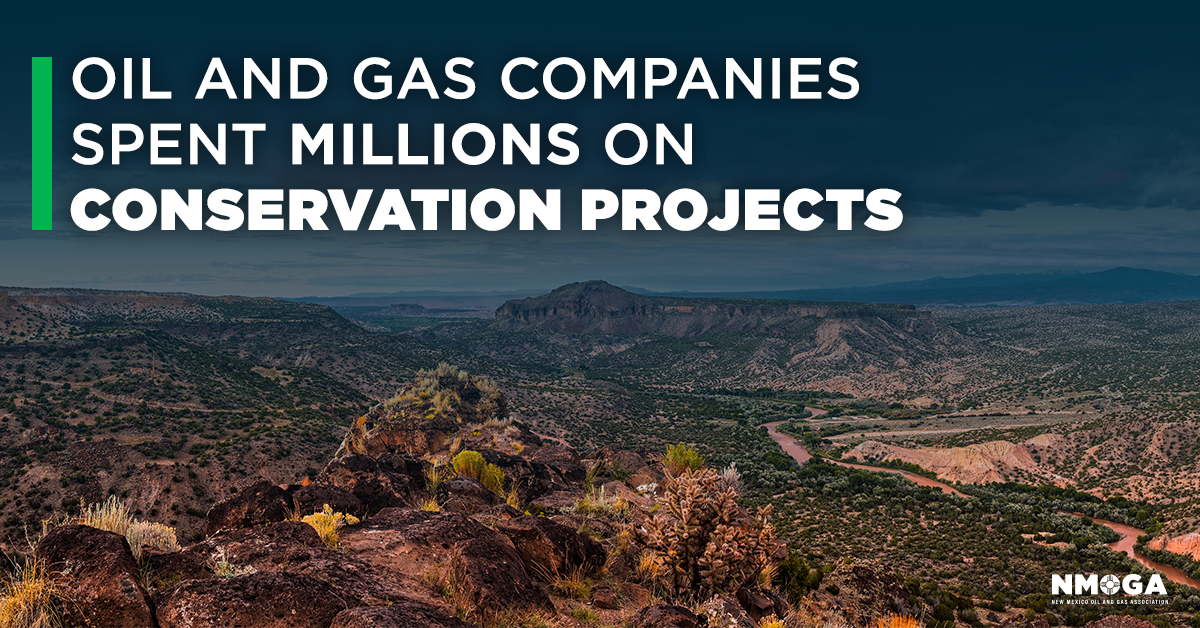 Major oil and gas companies in the Permian Basin are contributing millions of dollars in grants to restore wildlife in southeast New Mexico and across the state.

The Pecos Conservation Partnership announced $2.87 million in matching contributions from grantees, for a $5 million in financial impact on regional conservation projects.

The partnership was initially founded in 2017 when the companies joined the U.S. Department of Agriculture’s Natural Resources Conservation Service (NRCS) in Texas and New Mexico.

The energy producers committed about $4.6 million in the last four years for projects in the Pecos River Watershed, and the National Fish and Wildlife Foundation – the leader of the partnership – will match the funding to boost donations to up to $9 million.

This year is the second year the partnership was able to offer grant funding for the projects.

With this second year of grant-making, we are continuing to fund large-scale projects to restore riparian and grassland habitats while also supporting new efforts to research and monitor at-risk species,” said Jeff Trandahl, executive director of the Foundation.

“These new investments will benefit the wildlife species, habitats and the local communities of the Pecos River Watershed, a riparian corridor in the Chihuahuan Desert that is home to many species found nowhere else in the world.

It is good to see the Pecos Watershed Conservation Initiative grow, both the number of oil and natural gas companies investing in conservation, and in the type and scope of conservation actions undertaken.”

The 11 grants offered will benefit wildlife species and habitats, along with long-term restoration goals, read a news release from the Foundation.

“Improving the quality of life in the places where we operate is a priority for all of us,” read a joint statement from the companies.

“The conservation grants announced today will make a real difference for the fish and wildlife of the Pecos River Watershed, and for local communities that will see the benefits of a healthier environment.”

What projects are being funded?

The largest grant in the Partnership’s 2019 slate went to the New Mexico Association of Conservation Districts (NMACD), totaling about $1.4 million for grassland restoration for improved soil and water quality in the Delaware Basin Watershed of southeast New Mexico.

The goals of that project were to improve aquatic health and function in the Black and Delaware rivers, by restoring grasslands and repairing riparian zones with native species.

Habitats will be restored for the Texas hornshell mussel, Bell’s vireo and grassland birds Sprague’s pipit and chestnut-collared longspur.

This project would enhance more than 500,000 acres in Chaves and Eddy County by restoring Chihuahuan Desert grasslands and modifying livestock fencing to encourage the pronghorn’s migration.

About 5,900 acres of grassland will be restored through mesquite bush control and 15 miles of “pronghorn-friendly” fencing.

Other projects in the grant slate included efforts to restore other habitats in southeast New Mexico and West Texas for endangered species such as the Rio Grande cooter and other grassland birds.

“It takes a truly collaborative approach to make this happen. NRCS is fortunate to have strong partners like NFWF, the New Mexico Association of Conservation Districts, local soil and water conservation districts, private industry, farmers, ranchers and others on The Pecos Watershed Conservation Initiative.

"Our teamwork will help ensure a healthy ecosystem for generations to come.”