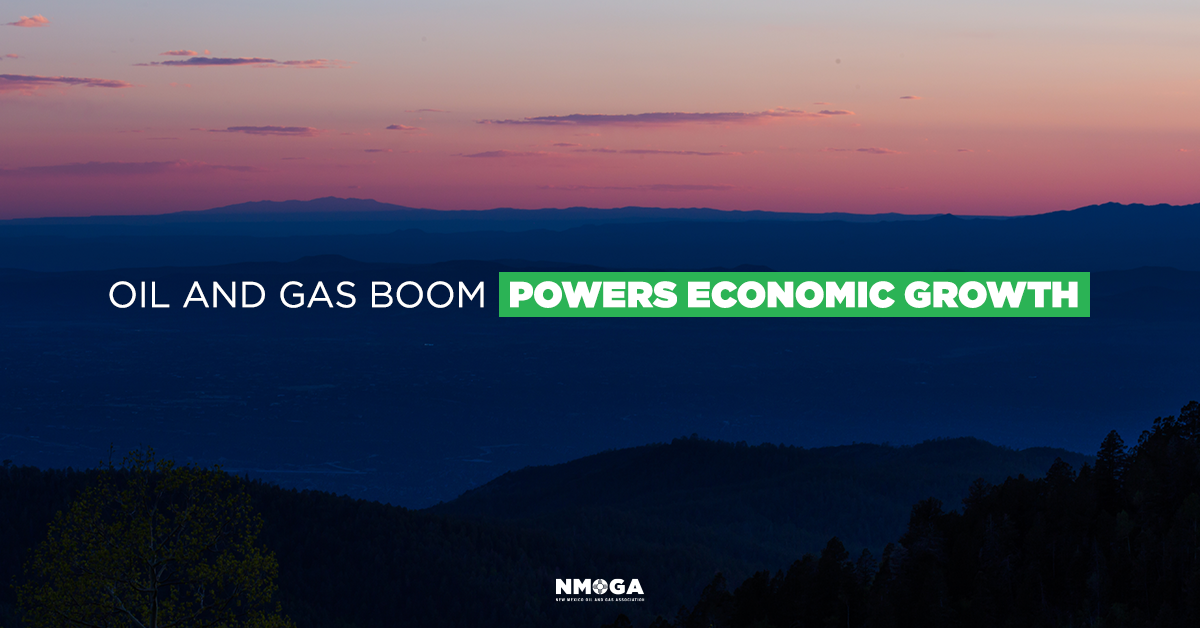 ALBUQUERQUE — A surge in oil production has resulted in record revenues for state government coffers and public education. But industry officials cautioned Tuesday that regulatory certainty will have to be maintained if New Mexico wants to hold on to its spot as one of the United States’ top producers.

New figures released by the New Mexico Oil and Gas Association show revenues, taxes and other fees related to the fossil fuel-producing sector reached a high of $2.2 billion for the 2018 fiscal year.

That represents an increase of $465 million over the previous fiscal year and an additional $128 million specifically for education. Overall, the industry provided more than $1 billion for public schools and the state’s universities during the period.

The boom has been driven by production in the Permian Basin, which straddles southeastern New Mexico and West Texas. Competition remains fierce as both states and the federal government look to capitalize on the financial windfall that has come from the latest boom.

The U.S. Bureau of Land Management recently touted the $1.1 billion that resulted last year from oil and gas lease sales on federally managed public land, and most of that came from New Mexico.

The state surpassed both California and Oklahoma to become the third-largest producer in the country while still trailing Texas.

Government forecasters also announced Tuesday that the United States — already the world’s biggest oil producer — will pump progressively more barrels of oil per day in 2019 and 2020 to become a net exporter of crude and petroleum products. Most of the increase is expected to come from Texas and New Mexico.

“The future is very bright for New Mexico, and we can expect these trends to hold for the foreseeable future if New Mexico remains a favorable place for oil and natural gas producers to do business,” said Ryan Flynn, the association’s executive director.

The positive outlook for the industry comes as New Mexico lawmakers consider a host of measures that Flynn and others fear could end up pushing development into Texas’ share of the basin or to other countries with less stringent regulations.

One initiative calls for increasing the royalty rate for the most productive oil and natural gas wells on state trust land, while another would impose a four-year moratorium on state-issued oil and gas permits that involve hydraulic fracturing. Since every well involves fracking to squeeze more oil and gas from shale formations, industry experts have said that could have devastating effects on development in New Mexico.

Democratic lawmakers are floating proposed increases for potential penalties against developers who flout oil well maintenance and cleanup regulations from $1,000 a day to $15,000 a day.

Many of the bills are the result of a policy shift promised by Democrats as they swept top leadership posts across state government and expanded their majority in the Legislature during the midterm elections.

If it weren’t for the revenue boost provided by the oil and gas industry, Flynn said New Mexico lawmakers would not have as much flexibility as they chart out their spending priorities for the upcoming year. The extra revenue makes tax credits or rebates for other industries such as film or renewable energy possible while still balancing the budget, he said.

According to the association, the oil and gas money represented nearly one-third of total recurring state general fund revenues last year. It trickled down to Albuquerque Public Schools and other districts around the state, while the University of New Mexico and New Mexico State University shared in more than $100 million.

“You can’t just ignore our industry when it comes to diversifying the economy or trying to go out and grow our state’s economy,” Flynn said. “We’re the foundation. I feel like the better our industry is doing, the more opportunities policymakers have.”