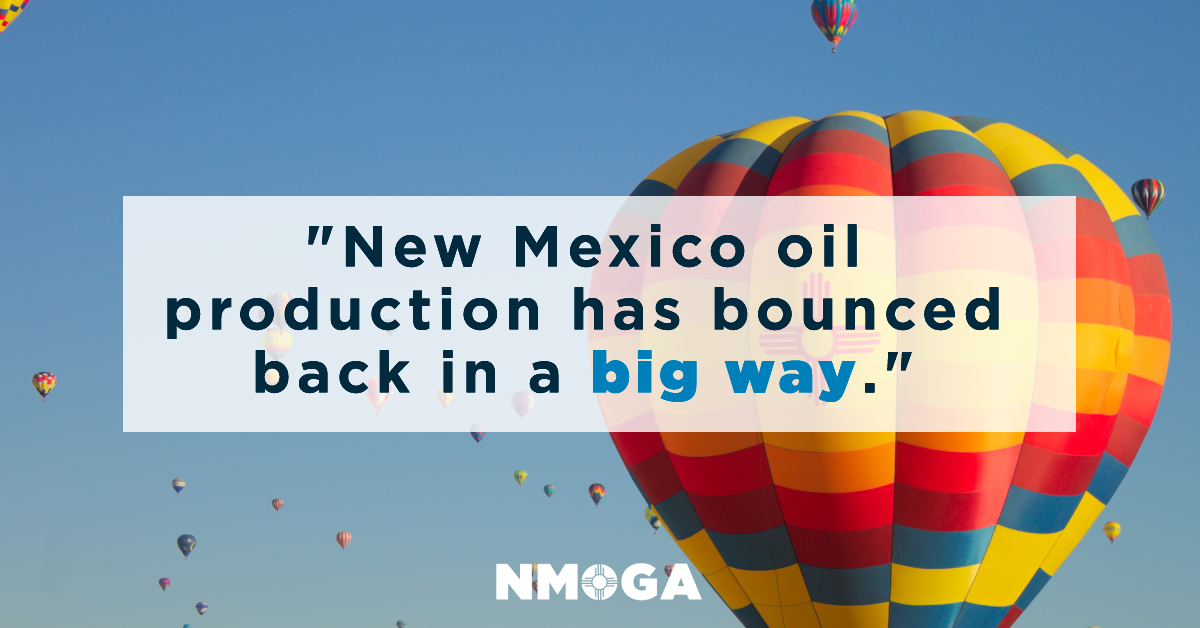 SANTA FE – New Mexico oil production has bounced back in a big way from a March 2020 price crash that caused a rapid decline in drilling, with state oil and natural gas production hitting record high levels in recent months.

The production recovery and a related price increase – oil prices have gone from less than $15 per barrel in April 2020 to nearly $70 per barrel in June – is expected to bolster state revenue levels but could renew questions about environmental impact and New Mexico’s budgetary reliance on the extractive energy industries.

“We are in a short-term very revenue positive space,” said Rep. Nathan Small, D-Las Cruces, during a Legislative Finance Committee meeting Wednesday in Ruidoso, while acknowledging the state’s long-term revenue outlook from oil and natural gas is hazy due to global market forces.

New Mexico is currently the nation’s third-highest oil producing state, and is the only top oil-producing state to have recovered to pre-pandemic production levels, according to the Legislative Finance Committee.

While Texas and North Dakota both saw year-over-year production declines, New Mexico’s production was up 4% from March 2020 through March 2021 amid the faster-than-expected recovery in oil prices.

That could translate into more money for state lawmakers to spend on public schools, health care and other state programs, as the LFC report said the recovering oil prices and volumes are driving oil and natural gas-related revenue collections to “exceed expectations” from February. Revised state revenue estimates will be released by executive and legislative economists in August.

Despite attempts to diversify New Mexico’s economy, the state currently gets nearly 45% of its total revenue – or more than $4 billion annually – from taxes and royalties on the oil and natural gas industries.

But there is uncertainty on the horizon in the form of volatile oil markets and a looming energy transition toward wind, solar and other renewable sources.

LFC economist Dawn Iglesias cautioned lawmakers to show budget restraint when it comes to using oil-generated revenue windfalls for recurring spending due to the future uncertainty.

“The more that we rely on oil and gas activity in our revenue mix, that will obviously make it more difficult to adjust to those shifts in the market,” Iglesias said.

New Mexico has not yet been significantly impacted by an executive order to indefinitely pause all new oil and gas leasing on public lands that was issued by President Joe Biden just days after he took office in January.

In part, that’s because more than 6,000 oil drilling permits have been acquired by operators – primarily in southeastern New Mexico – but not yet used.

But an extended moratorium on oil and natural gas leasing could have a significant impact on the state’s revenue levels, according to state economists.

The pause on new lease sales, aimed at giving the federal government time to review permitting and leasing procedures, was blocked by a federal judge in Louisiana this month and the Biden administration has not yet announced a more permanent policy going forward.

Despite the federal policy review, Garrett Golding, a business economist with the Federal Reserve Bank of Dallas, said oil production levels in the Permian Basin would likely continue to increase for the next four years.

But he cautioned that oil industry employment levels in New Mexico, which has a much higher percentage of federally-owned land than neighboring Texas, could decline in the coming years.

Some Democratic lawmakers and environmental groups have urged the Biden administration to permanently ban oil and natural gas leasing on public lands.

And cleaning up and plugging abandoned oil and gas wells on some New Mexico public lands could generate thousands of jobs and as much as $4 billion in wages, according to a recent study by O’Donnell Economics, a New Mexico-based research firm.

However, many Republican lawmakers have staunchly defended the oil and gas industry, while also citing its outsized budgetary impact.

“I think it’s important for us to invest in businesses that want to do business in New Mexico responsibly,” Diamond said.