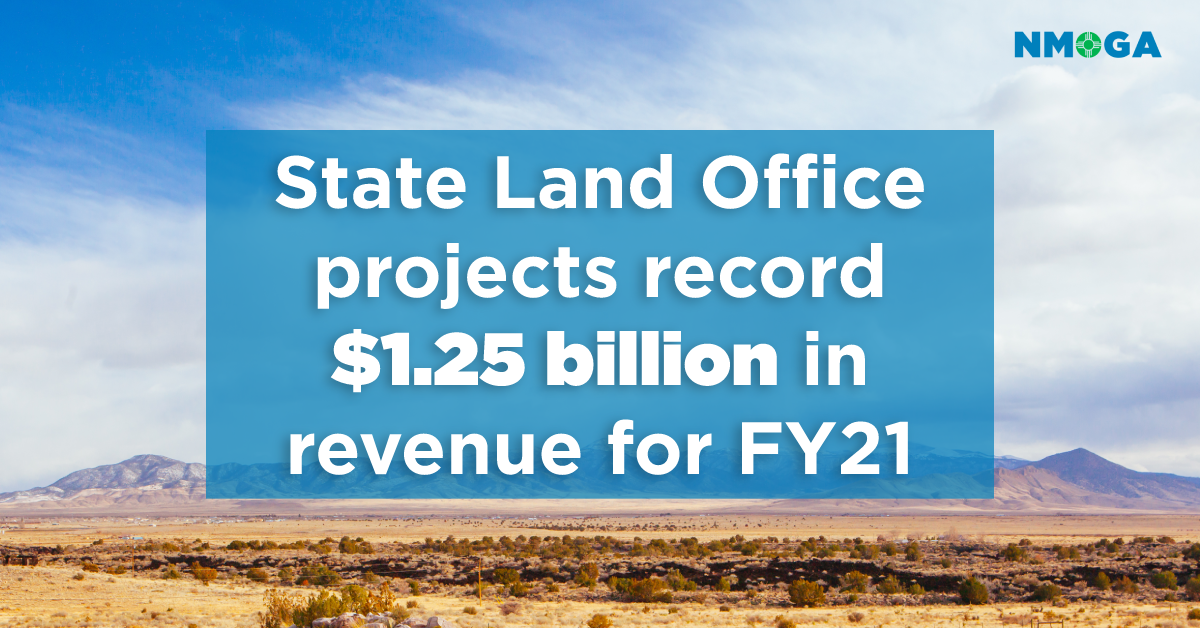 Since taking office in January 2019, Commissioner of Public Lands Stephanie Garcia Richard has overseen the agency through three consecutive years of revenue over the billion dollar mark.

Revenue in FY 2019 and 2020 totaled $1.11 billion and $1.05 billion, respectively. The three year revenue total sits at about $3.4 billion for New Mexico public schools, hospitals, and universities, which in turn saves taxpayers from having to pick up the tab for these services.

“The Land Office serves a very unique purpose – managing your state trust land to financially support some of New Mexico’s most vital institutions, while simultaneously working to protect that land for future generations,” Commissioner Garcia Richard said. “Raising over a billion dollars each year for three years in a row, including during a global pandemic, was a huge undertaking that would not have been possible without the dedicated and talented team that I’m privileged to work with every day. ”

Commissioner Garcia Richard is focused on diversifying the revenue streams coming into the SLO. In 2019 she created the first-ever Office of Renewable Energy (ORE), targeting staff and resources to bring applications for solar and wind projects over the finish line. In FY 21, ORE inked four large wind farm leases and the first battery-storage facility and first municipal solar projects to ever be located on state trust land. Since assuming office, the Commissioner has signed 15 new renewable energy leases with lifetime revenue projected at over $87 million.

“In FY 21, clean energy revenue increased by almost 40 percent. The dollar amounts grow every year, and as we see more success, the industry is taking notice. We are moving full force ahead, working with companies on projects large and small. With the Community Solar Act becoming law, we envision state trust land playing a huge role in bringing affordable renewable power to communities across New Mexico,” Commissioner Garcia Richard said.

In addition to advancements in renewable energy, the SLO was recently at the forefront of a deal with Netflix for their expansion onto 130 acres of state trust land at Mesa del Sol. Commissioner Garcia Richard’s diversification priorities include further recruitment of film, space, and technology businesses onto state trust land, increased outdoor recreation opportunities, municipal leasing, and innovations in regenerative agriculture.

The bounce-back of the oil and gas industry set the tone for revenue records, with royalty paid on the production of oil and gas accounting for $1.2 billion of the total FY 21 revenue estimates. Since January 2021, monthly royalty totals were over $100 million, with early numbers for June 2021 sitting at a record-shattering $135 million.

“At the onset of the pandemic, we worked to put safeguards in place in order to assure that active oil and gas leases would be as successful as possible for the institutions we support. Those efforts paid off in the long run,” Commissioner Garcia Richard added.