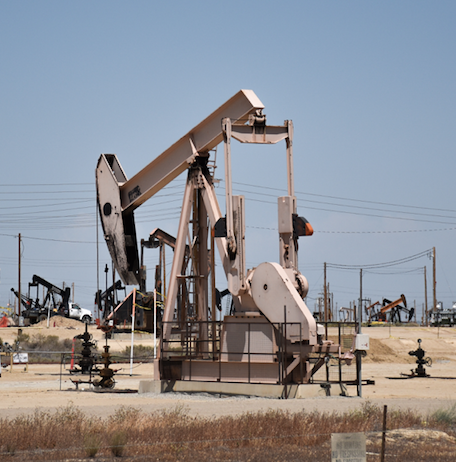 New Mexico’s latest oil and gas boom is buoying the state’s finances a year after lawmakers scrambled to balance the budget.

Increased tax revenues are good news for schools and other parts of government, but new data published by the Legislative Finance Committee suggests that any improvement in economic activity can be traced to a few industries in a few counties rather than a broad reversal of the state’s fortunes.

The committee’s staff stated in a report this week that much of the increase in gross receipts taxes — the taxes charged on the sale of goods and services — stems from oil and gas.

By the end of March, the most recent month for which data is available, gross receipts tax revenue was up 16.7 percent or $252.4 million for the fiscal year that began in July.

“Nearly three-quarters of the growth continues to be driven by the mining, construction, retail and wholesale trade industries, the vast majority of which is related directly and indirectly to the oil and gas industry,” the committee’s report stated.

By one measure, half of all the growth in gross receipts taxes was concentrated in just two counties — Eddy and Lea — in the heart of oil country.

Only a few other counties experienced any notable growth in that measure of gross receipts, the report stated.

Where there is growth, it tends to be tied to particular industries.

For example, increases in gross receipts tax revenues around Valencia and Santa Fe counties appear to be driven by construction at a data center and in hospitals, respectively. Virtually all of the growth in Los Alamos County’s gross receipts tax comes from activity at the national laboratory.

Income tax revenue is up $103.4 million through March, or 13 percent, from the same period a year ago. About $20 million of that boost was from oil and gas payments, the committee said.

To be sure, the state is gaining jobs. Eleven of the 18 industry sectors and subsectors the state tracks have shown gains.

The biggest percentage increase was in construction. And as of March, the state had the nation’s third-highest unemployment rate, a slight improvement after a long stretch in the bottom two positions.

Though job growth was lower than any other state in the region, New Mexico ranked around the middle of the pack — 24th — for annual job gains, the committee’s report stated.

“New Mexico’s tax revenues are rising rapidly, the state’s economy is expanding and diversifying, and we have made important progress in protecting the long-term stability of our state budget,” Martinez wrote in an opinion piece published this week by the Albuquerque Journal.