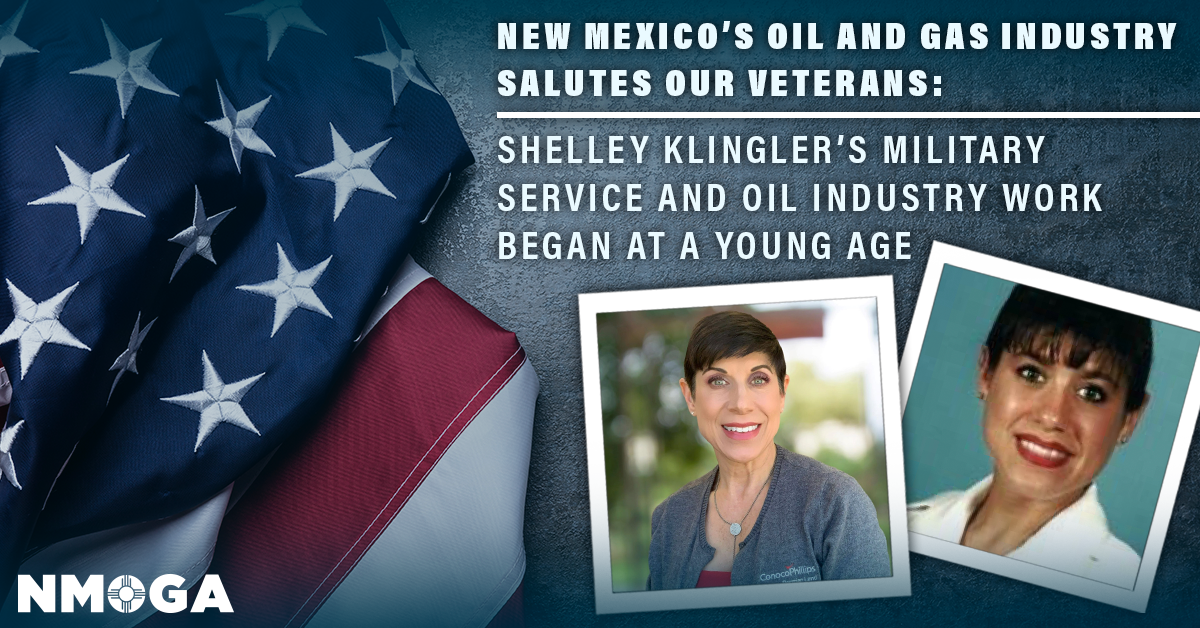 Shelley Klingler, a state land negotiator at ConocoPhillips, joined the U.S. Navy at the age of 17 after being heavily influenced by her paternal grandfather and his Naval career, her desire to see what the world looked like outside of New Iberia, LA., and her family beliefs of service.

Klingler, who worked for a Naval Intelligence Security Group as a Cryptologic Technician- Collection Second Class Petty Officer, said I can tell you more about my military occupational specialty when I am 74.

“I was one of the first 10 females to be temporarily assigned to a nuclear carrier as a “guinea pig” when Congress was deciding if they would allow females to be fully assigned to carrier fleets,” said Klingler. “I was the only female manning the rails as we pulled into Fort Lauderdale.”

“My older sister was U.S. Army, my little sister was U.S. Air Force, and my brother went to LSU and let his sisters defend the country (his words),” said Klingler.  “I attended college while in the service, taking whatever classes were offered and finished after I was discharged from the service.”

Klingler started working in the oil and gas industry at a very you age as well, and after serving in the Navy, returned to work in the industry.

“I started working with my landman father when I was in high school, helping him with his work,” she said. “My uncle/Godfather has also been a landman since 1960s. I love the work, the details, and working with all facets of the business, especially people.”

She worked on the broker side with her father and then with Continental Land Resources in Edmond, OK. She was a landman and planning supervisor for the Delaware Basin at Devon Energy, land advisor for Anadarko, and now at ConocoPhillips where she works with “All things Land, Delaware Basin New Mexico, Eddy County.”

What she enjoys most about working in New Mexico’s oil and gas industry is learning something new daily. “I love the big picture puzzle of this business, figuring out all of the pieces, providing value where I can and helping others be successful,” she said.  “I was blessed with mentors who were very generous with their knowledge, and I do my best to pay it forward.”

She has one daughter, who she raised on her own and  is a center administrator for an autism therapy company in Oklahoma City.

“I love what I do and the people I get to work with at COPC and industry-wide, so I’m just grateful to have the opportunity to continue to do it,” she said.