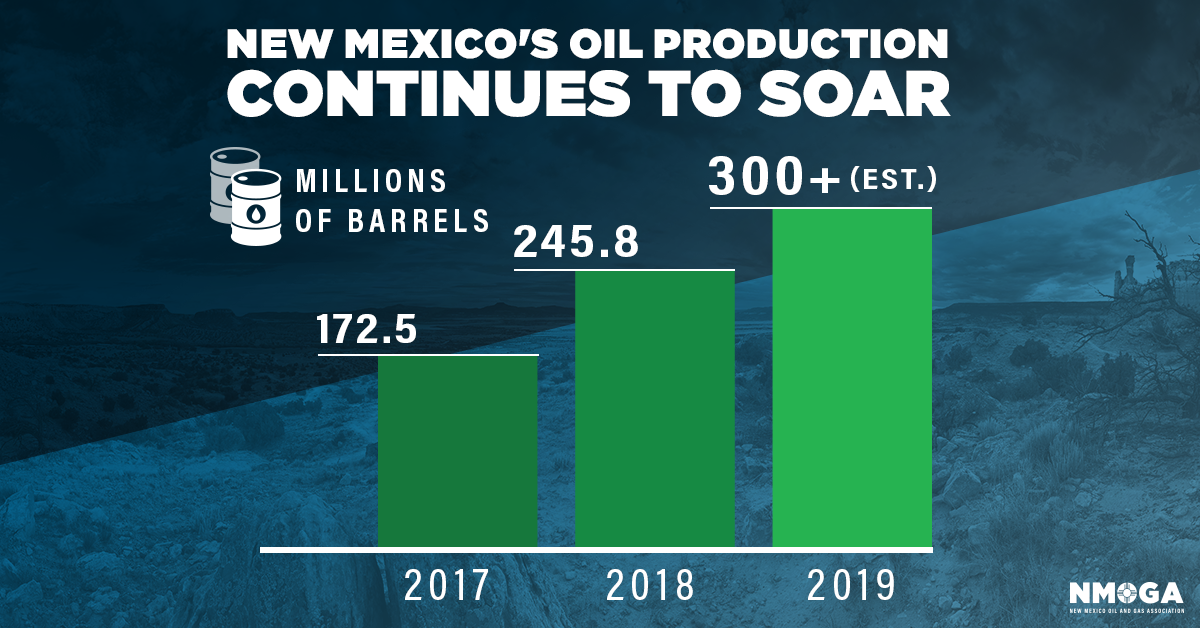 New Mexico’s oil patch is showing unprecedented resilience, despite declining prices for crude, a chronic market glut, and sluggish output in other U.S. states and basins.

As of November, last year’s production on New Mexico’s side of the Permian Basin had reached 297 million barrels, up 33% from the first 11 months of 2018, according to the latest statistics from the state Oil Conservation Division. When December tallies are in, total 2019 output is expected to soar well past the 300 million mark.

“The industry in New Mexico has been incredibly resilient over the past three years, producing at record-setting levels,” said New Mexico Oil and Gas Association Executive Director Ryan Flynn. “The state has really flipped the boom-and-bust cycles that it experienced in the past from price fluctuations. We’re seeing a ‘new normal’ in the Permian Basin, with production remaining high even in a challenging price environment.”

For most of last year, prices generally fluctuated between $55 and $60 a barrel for U.S. benchmark West Texas Intermediate, just a few dollars above the break-even point for most producers. But since early January, prices have declined significantly, briefly dipping below $50 a barrel on Feb. 3 for the first time since 2018.

The most recent volatility reflects adverse world events, beginning with heightened tensions between the U.S. and Iran in early January, and now fears of a significant drop in oil consumption in China – the world’s largest importer of crude – and of global trade and economic growth declining in general as a result of the coronavirus.

But world oversupply, fueled largely by shale-oil production in the U.S., is the main culprit, leading to chronically low, or modest, prices for more than a year.

In other states and basins, production is slowing significantly, with the total North American rig count down by 270 since the start of 2019, according to oil field service company Baker Hughes. Texas alone lost 85 rigs last year.

But New Mexico is bucking those trends. It had 109 active rigs as of Jan. 31, up from 102 in early January. In fact, OCD’s monthly statistics show oil production reached nearly 1 million barrels a day in October and November, a new record for the state.

Overall, New Mexico’s oil patch produced an average of 27 million barrels a month from January to November, up from 20 million a month in the same period in 2018.

New Mexico is now the nation’s third largest oil-producing state, with revenue from oil and gas production accounting for 39% of all state general fund revenues in fiscal year 2019, the highest share recorded in recent history, according to the New Mexico Tax Research Institute.

Government economists project $797 million in “new money” for the FY 2021 budget that begins in July, providing the state Legislature with another annual windfall of cash to fund programs during this year’s session, which began in January.