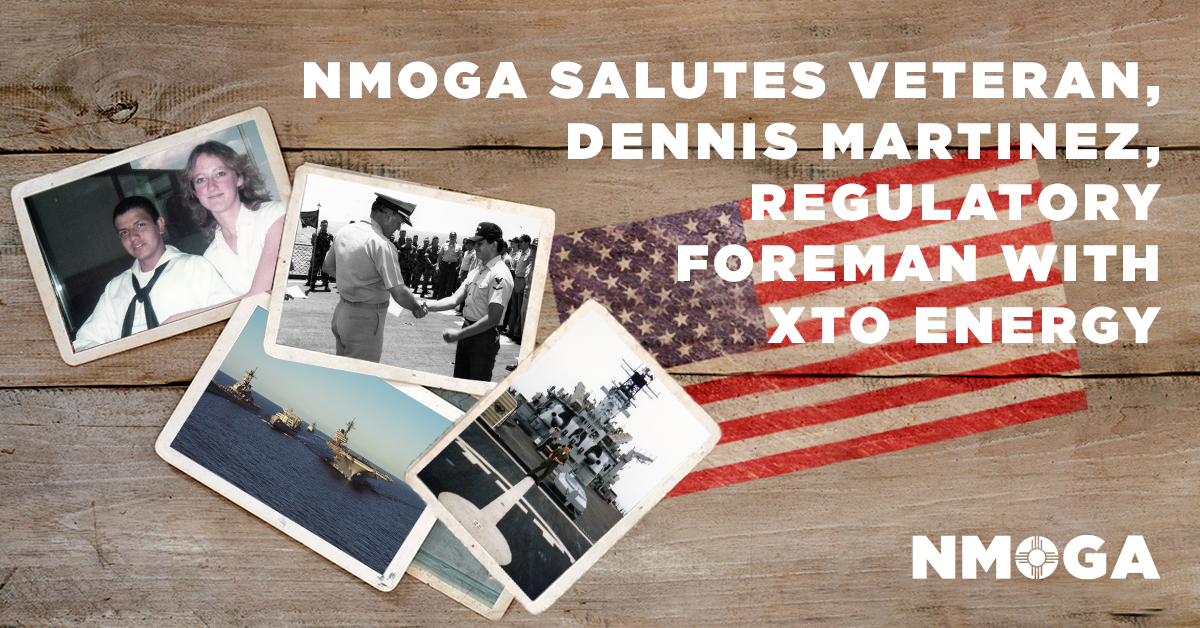 Dennis Martinez, a regulatory foreman with XTO Energy, joined the US. Navy to continue his family’s tradition of military service and to get an education. Martinez, who served as a boiler technician/engineering on active duty for four years and an additional four years in the Reserves, earned the rank of Petty Officer 3rd Class.

“My father and all my older brothers also served in the military,” said Martinez, who is from Raton, New Mexico.

He continues to serve as a member of XTO Energy’s Permian Veteran Advocacy & Support Team (VAST) unit where he volunteers his time to support his fellow veterans.

While Martinez has many memories of his service in uniform, he said his most memorable experience while serving was the participation of his ship, the battleship USS Missouri BB-63, in the 75th anniversary celebration of the Royal Australian Navy in Sydney, Australia in September 1986.

Martinez, who has worked for XTO Energy for over 15 years, said he began working in the oil and gas industry to create a better future for his family.  He and his wife have been married for almost 40 years and currently reside in Carlsbad. They have two children and five grandchildren.

“I oversee regulatory and compliance, and as part of my duties, I support XTO Energy’s entire New Mexico operations,” said Martinez. “I enjoy working alongside other professionals with the same goals including protecting New Mexico’s future.”

Martinez was recently recognized with the Spirit of the Oilfield Award honor at the Carlsbad Energy Summit for being visible leader in the field, sharing his commitment to safety and responsible operations with XTO Energy’s entire work force, and is recognized as a global leader within ExxonMobil who has shared his expertise and leadership with the company’s other U.S. operations and as widely as Angola in Africa.

Martinez said New Mexico’s oil and gas industry provides great career paths, but you must have passion and a drive for success.