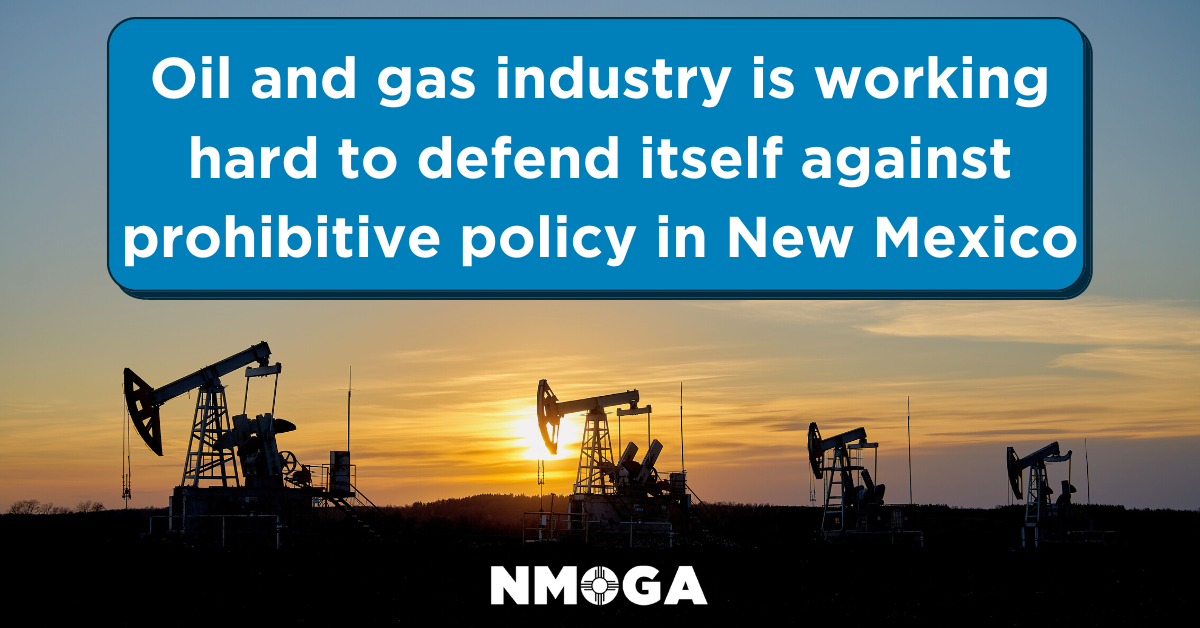 Oil and gas industry leaders in New Mexico and the Permian Basin said they were fighting to defend fossil fuels during a shifting political landscape and government agendas seeking to transition to lower-polluting forms of energy.

The State recently tightened requirements on oil and gas operations at both the New Mexico Environment Department and its Energy, Minerals and Natural Resources Department intending to curtail air-polluting emissions like methane from extraction activities throughout the state.

These rulemakings were part of an overall push by the administration of Gov. Michelle Lujan Grisham to reduce environmental impacts and transition away from oil and gas – an industry that makes up about a third of New Mexico’s budget.

His comments came during a panel discussion as part of the annual Mayor’s Energy Summit, a gathering of oil and gas executives and industry supporters held Thursday in Carlsbad, and amid the Association’s lawsuit against the NMED’s rules which Winchester said were unfair to the small producers his group represents.

He said the industry must make its case for continued oil and gas production to state lawmakers, with the 2023 Legislative Session in Santa Fe planned to begin in January.

“The rules go a little further than they need to with respect to small producers,” Winchester said. “We support good environmental regulation. What we are seeking is a good, level playing field.”

The federal government was also considering stricter rules on methane emissions that would apply to all state and was expected to designate the Permian Basin region in “non-attainment” of federal air quality standards, which would increase permitting requirements and potentially slow fossil fuel development in the region.

Winchester said most of the emissions calculated by the U.S. Environmental Protection Agency toward non-attainment weren’t coming from oil and gas or even the U.S.

“It is a designation by the federal government based on emission numbers they are calculating. It is a political tool to hold a Damocles sword over the industry,” he said. “A lot of the readings that are taking place are not coming from our area, they’re coming from Mexico. The science shows that this is not needed at this time.”

Ben Shepperd, president of the Permian Basin Petroleum Association, another trade group that represents fossil fuel companies throughout the region in both New Mexico and Texas said non-attainment could cost thousands of jobs and millions of dollars in revenue throughout the basin if enacted.

“What it will do is slam the breaks on operations throughout the Permian,” Shepperd said. “It would create years and years of slower permitting.”

He said the industry and region were singled out by political agendas at both the state and federal levels, and trade groups must work together to protect energy companies from burdensome regulations.

“The Permian Basin is an interesting story right with the political environment we’re in. It’s a challenge for us because the industry is constantly changing,” Shepperd said. “We have become a target in many ways. I can assure you the folks who do not like our industry are well organized. They message in a very uniformed way that makes it hard for us to push back.”

Overcoming those efforts meant having a strong presence at the State Capitol in Santa Fe, said Doug Ackerman, president of the New Mexico Oil and Gas Association, where industry and its supporters can educate leaders on the importance, he said, of oil and gas and its work to reduce environmental impacts.

“There’s an overall mission of supporting and defending,” he said. “We don’t get enough credit for what we do environmentally. We need to tell this story.”

That work recently took the form of a solar farm being built by Chevron near Carlsbad that when completed in December will be used to supplement about half the power needed to support a nearby natural gas compressor station.

It’s being built on State Trust land, and Greg Bloom, assistant commissioner for Mineral Resources at the New Mexico State Land Office, said the project along with the Office’s recent award of 11 leases to Pattern Energy for the “largest wind farm in the Western Hemisphere” in south-central New Mexico would help the state diversify its energy production while continuing to produce oil and gas.

He said the industry brought about $2.4 billion to the Land Office in the last year, a record funding level the office provides to public schools, hospitals and other public services.

“This is absolutely tremendous. We couldn’t thank you enough,” Bloom said to the crowd at the Energy Summit.

He said Permian Basin oil and gas provided energy to parts of the world struggling today to meet demands amid the removal of Russia, the world’s second-largest oil and gas producers – from the global market after it invaded Ukraine in February.

“Our holidays are going to be safe and warm, but it wouldn’t be that way in Europe and Ukraine if weren’t for the liquified natural gas we send to them from here every day,” Bloom said.