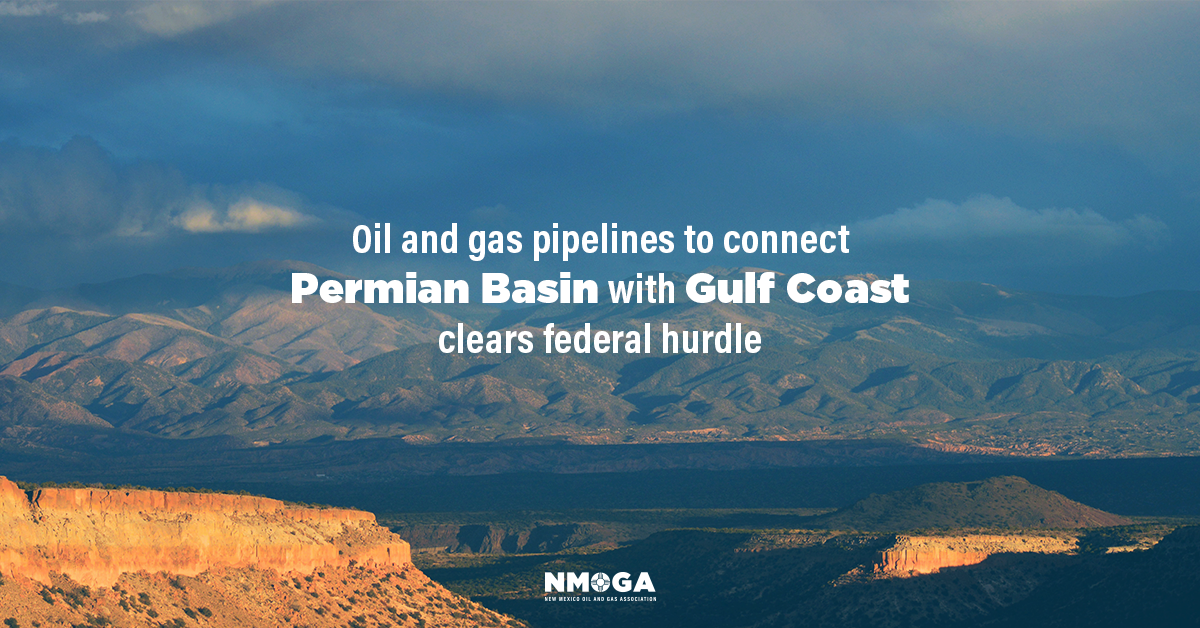 A pair of pipelines intended to carry crude oil and natural gas liquids from the Permian Basin to the Gulf Coast for export cleared a federal hurdle this month, receiving a nationwide permit from the U.S. Army Corps of Engineers.

The move signified that all federal and state regulatory agencies approved of final construction for the lines, according to a news release from EPIC Midstream Holdings.

“Given the growth that we’ve seen, the need for these investments is tremendous,” said Robert McEntyre, spokesman for the New Mexico Oil and Gas Association. “It continues to grow. This is absolutely part of the solution to remove bottlenecks.”

EPIC, based in San Antonio, Texas, formed in 2017 and Chief Executive Officer Phillip Mezey said its first two projects — the lines for crude and natural gas liquids are going according to plan. The projects were backed by capital commitments from funds managed by California-based Ares Management, a private equity group.

Oil and gas producers Apache Corp. and Noble Energy signed on to anchor the pipeline last year, creating a total capacity of about 590,000 barrels per day.

The pipeline will start in Orla, Texas, stopping at numerous terminals across the state. The Port of Corpus Christi will also provide export capabilities, supporting the Delaware, Midland and Eagle Ford basins.

McEntyre said New Mexico’s ability to move oil and gas to market is behind other oil-producing states such as Texas and Oklahoma. He said projects like the EPIC pipelines could continue the state’s momentum as oil and gas production grows in the Permian.

“It will help get crude oil out of the Permian, and increase the takeaway capacity for natural gas,” McEntyre said. This will be much-needed capacity coming online when production needs to increase.”

McEntyre said he did not expect much opposition to the project, as most of the land used for it in New Mexico is public, owned either by the state or federal government.