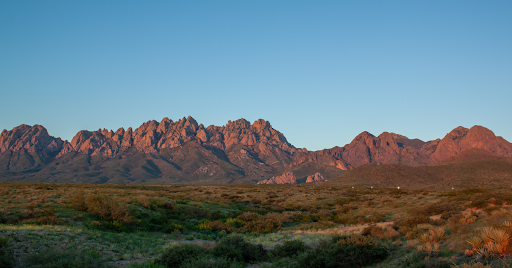 The Oil Conservation Commission approved a rule change Thursday that will forbid drillers from spilling oil and toxic liquids — an amendment that activists and affected residents said would help prevent the pollution from occurring.

The rule will be adopted July 8.

The state Oil Conservation Division, which regulates oil and gas activity, partnered with the environmental group WildEarth Guardians to propose the rule change. Conservationists, community activists, regulators and industry groups all backed it.

New Mexico had no rule barring operators from spilling oil or “produced water,” the toxic liquid byproduct from hydraulic fracturing.

Instead, companies were required to report a spill and then work with regulators to clean it up. Critics called the system grossly inadequate — especially in a state with one of the nation’s largest fossil fuel industries — saying it was reactive rather than preventive.

“This is a big, big deal,” said Jeremy Nichols, WildEarth Guardian’s climate and energy program director. “We want to make sure there’s an incentive for industry to keep these releases from happening in the first place.”

The new rule will give the division more authority to impose penalties on violators.

“We hope the Oil Conservation Division will use this new authority to benefit the citizens and environment of New Mexico,” said Joe Zupan, executive director of Amigos Bravos, a Taos-based water advocacy group.

But during a public hearing Wednesday, some people called for adding language that explicitly gives the agency enforcement power and specifies fines and other punishments for spills.

Some expressed concern the rule says the agency may take enforcement action rather than it shall.

“Prohibiting something without enforcing that rule is meaningless,” said Gail Evans, a constitutional rights attorney.

But Nichols said how the agency will penalize polluters is a question for another day.

“This rule-making wasn’t about answering that question,” Nichols said. “That question will be answered as we see this rule implemented.”

The agency will have discretion in how it enforces the rule, similar to how a traffic cop can give a speeding motorist a ticket or a warning, Nichols said

At the hearing, an industry representative argued that leeway should be given to operators who experience spills because of weather events, vandalism, equipment breakdowns and other things beyond their control.

And operators who are making an honest effort to respond to a spill should not be punished.

Even though none of those suggestions were included in the final rule change, industry groups still expressed support.

“We support the update to the rule and believe it is consistent with widely-adopted industry practices employed today,” Robert McEntyre, spokesman for the New Mexico Oil and Gas Association, wrote in an email. “The update also reiterated the authority of the Oil Conservation Division to ensure that these events are quickly and properly addressed, as is always the oil and natural gas industry’s goal.”

Conservationists believe toughening regulations such as this one will reduce the spill rate.

“The vast majority of spills are preventable,” Norman Gaume, a retired water engineer, said during the hearing.

But Meiklejohn said the rule change is a crucial first step in protecting public health and the environment.

“I’m pleased the commission adopted the regulation that prohibits spills,” he said.

Nichols said watching parties that are often at odds with each other reach an agreement was refreshing.

“It’s pretty unusual to have a rule change with so much consensus,” Nichols said.