Oil and gas companies track methane leaks on the ground, in the air and from space 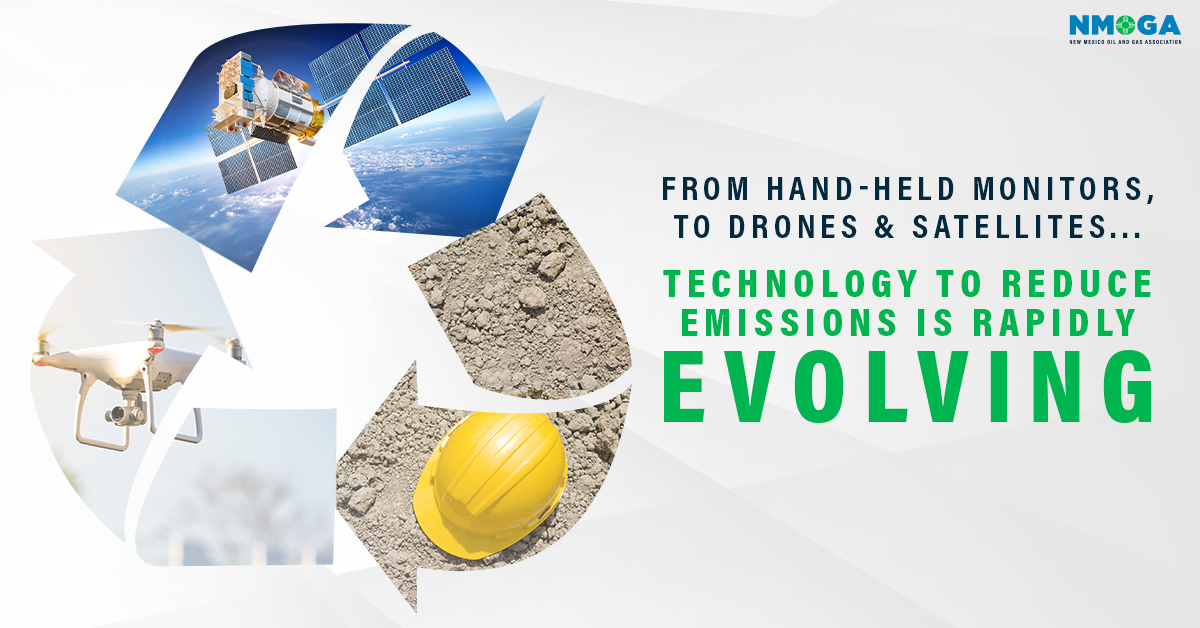 U.S. oil and gas companies are investing millions of dollars into technology aimed at curtailing the methane that escapes into the atmosphere even as the Trump administration rolls back regulations aimed at curtailing releases of the potent greenhouse gas.

Methane-detection technologies can be found on the ground, where workers use hand-held monitors to sniff out methane leaks; in the skies, where drones carrying sensors locate trouble spots in drilling and pipeline operations; where satellites scan entire oil basins to identifying the largest plumes.

The array of technologies is needed to capture the massive volumes of the greenhouse gas that escape into the atmosphere, said Daniel Zimmerle, director of Colorado State University methane emissions program. The EPA estimates that about 570 million metric tons of methane, the primary component of natural gas, are released in the atmosphere annually, with about 60 percent coming from manmade sources.

About 28 percent of manmade methane comes from oil and gas drilling, processing operations and pipeline leaks, the EPA says. The advocacy group, Environmental Defense Fund, however, estimates that oil and gas emissions are likely 80 percent higher than EPA estimates.

“Generally speaking,” Zimmerle, “something like half or more of the emissions come from a small percentage of the emitters.”

The relaxing of methane regulations, which the Environmental Protection Agency finalized in August, has split the oil and gas industry, primarily along the lines of big and small. Small to mid-sized independent companies, citing the costs of compliance, largely supported the easing of methane monitoring requirements.

But international oil majors and large independents opposed the rule change. Many of these companies are under pressure from governments and shareholders to adjust their businesses to the realities of climate change. In addition, growing awareness of methane pollution is undermining the reputation of natural gas as cleaner fuel to bridge the transition to renewable energy.

The British oil major BP said in June that its venture capital arm had invested $5 million in Satelytics, software company that uses advanced imaging technology and machine learning to monitor methane emissions and other environmental changes,such as changes to salt content of water and soil.

From the ground up
The technologies for detecting methane emissions have evolved rapidly over the past 15 years, in both the precision of the measurements and the portability of the instruments, said Joe von Fischer, associate chair of the Colorado State University biology department.

Around 2005 the first low-cost, highly sensitive portable laser-based methane sensors were developed and rapidly adopted by the energy industry. Some were small, about the size of a shoebox, that workers could use on the ground; others could be placed the front of an airplane or car to cover wider areas.

Another big advance in methane-detection technology came in 2002 with the launch by the European Space Agency of a satellite equipped with an imaging technology capable of seeing gases, invisible to the naked eye, in the lowest region of the atmosphere. This began the era of satellite-based methane detection.

A third innovation coincided with the development of drones. Equipped with methane sensors, drones can detect methane leaks more quickly than a worker carrying a hand-held sensor.

The responsible producer
Jonah Energy, a Denver oil and gas company, launched a methane detection program 2½ years ago to monitor operations in the gas-producing region of western Wyoming. The company uses drones and hand-held infrared cameras to spot escaping methane and dispatches technicians to fix most of the leaks on the spot.

Some technology companies combine sophisticated sensors with data analytics to provide innovative solutions to their leak problems. The Austin start-up SeekOps has developed a proprietary, miniaturized methane sensor that is sensitive enough to detect gas in the parts-per-billion range and compact enough to be mounted on a lightweight drone.

“Sensitivity is a big selling point and the efficiency with which we can conduct surveys,” Andrew Aubrey, SeekOps CEO and co-founder, said.

Another company, Bridger Photonics of Bozeman, Mont., has developed a laser-based sensor, which, when mounted on the underside of a small plane, is so sensitive it can detect even the smallest of leaks over a wide area. “We’re catching a large fraction of the basin’s emissions,” CEO Pete Roos said.

Space-based measurements
The next generation of methane-detection technology can be found in in space.

In June 2016, the Montreal company GHGSat launched Claire, the world’s first high-resolution satellite capable of measuring greenhouse gas emissions from any industrial facility in the world.

Its second satellite will be able to capture images at 100 times higher resolution than any comparable system enabling the satellite to pinpoint methane emissions from specific sources such as oil and gas wells, according to the company. The satellite’s launch, scheduled for Sept. 1, was postponed because of weather. It has not been rescheduled yet.

Bluefield, a private data technology company based in Quebec City, Canada, takes emissions data collected by satellites and enhances it using algorithms that can quantify leaks from millions of emitting sites around the world.

Within the next two years, the company plans to launch its own satellite, which will focus on leaks that are about one-tenth the size of those that can be found by competing satellite companies, said Bluefield CEO Yotam Ariel.

Democratization of data
Environmental groups, notably the Environmental Defense Fund, have joined commercial companies in getting into the methane-detection business.

The Environmental Defense Fund is collecting a year’s worth of methane data across an approximately 6,200-square-mile study area of the Permian Basin of West Texas and southeastern New Mexico. The project uses planes, helicopters, tower-mounted sensors and ground-based mobile sensors to detect methane releases in the basin, center of the nation’s oil production.

Recent measurements from the project found that oil and gas operations were losing 3.5 percent of the natural gas they produced to escaping methane — nearly three times the rate reported by the EPA.

“We’ve seen a leakage rate upwards of 3 percent to 4 percent of gas leaking into the atmosphere, which is a jaw-dropping figure,” said Ben Ratner senior director with EDF+Biz, an Environmental Defense Fund that works with businesses to help lower their carbon footprints.

The Environmental Defense Fund is also planning to launch its own satellite through an affiliate MethaneSAT, Ratner said. The satellite, a joint project of the environmental group and partners - Harvard University, Ball Aerospace, Cal Tech and Smithsonian Atmospheric Observatory -- is slated for launch in late 2022 or early 2023.

Having non-government organizations such as the Environmental Defense Fund record methane-emissions data from space “democratizes the information on environmental contamination,” von Fischer said.