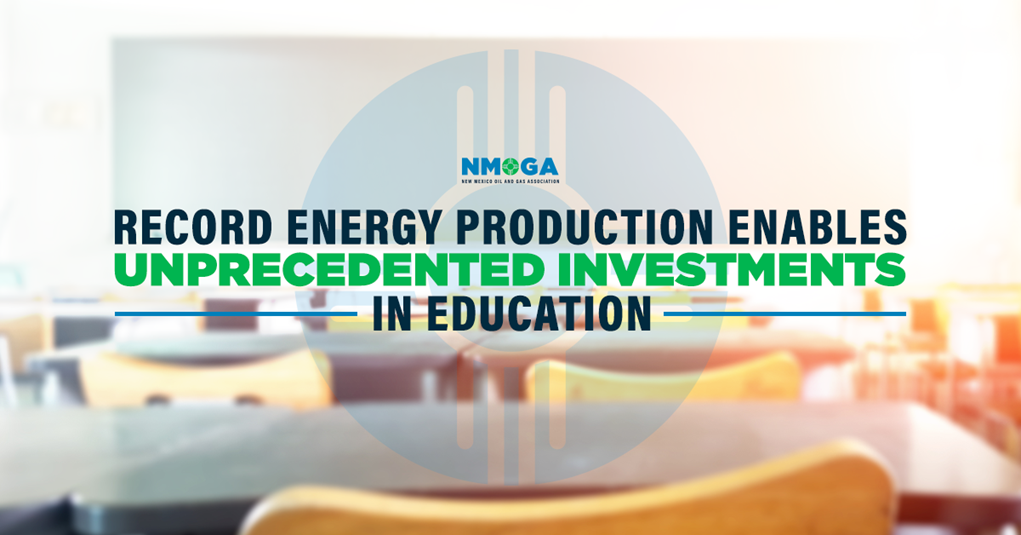 Public schools, highways, and healthcare in New Mexico can expect to see more funding in 2020, thanks to the oil and gas industry. A new report by the New Mexico Tax Research Institute reveals that the oil and natural gas industry contributed more than $3.1 billion in tax revenue for fiscal year 2019 — a dramatic increase of $910 million from 2018. Now, oil and natural gas represent 39 percent of New Mexico’s General Fund revenues, the highest share of all industries in recent history.

Ryan Flynn, Executive Director of the New Mexico Oil and Gas Association, explained how the additional funding will impact the state’s social programs:

“New Mexico now begins the 2020s with strengthened public schools, expanded economic opportunities, and potentially the opportunity for every New Mexico student to get a college degree tuition-free. As a state and an industry, our future is bright. This new decade promises to offer even more opportunity for New Mexico than the past and generations of New Mexicans will develop, grow, and thrive with a strong energy sector paving the way.”

The industry’s historic energy production is enabling unprecedented investment in education. In FY 2019, the oil and gas industry contributed $1.36 billion to public education, representing a 28 percent increase over FY 2018. New Mexico’s highest producing oil and gas counties – Lea and Eddy County – received a combined $90.2 million for k-12 and higher education programs. While the majority of production takes place in the southeast and Norwest quadrants of the state, benefits from the oil and natual gas industry were felt statewide; Bernalillo, Santa Fe, Sandoval, and Valencia counties obtained the most education funding, receiving a combined $624 million, according to the report.

Thanks to the increase in state revenue from oil, many New Mexicans could also receive free college tuition. In September, Gov. Michelle Lujan Grisham her plan to send state residents to public colleges for free; otherwise known as the New Mexico Opportunity Scholarship. The program would help more than 55,000 students earn a degree without going into debt.

“Big, bold ideas like this are the type (of) transformational opportunities New Mexico now has because of the success and growth of the oil and natural gas industry. This is a great example of how the Governor can leverage increased oil and natural gas production to the benefit of all New Mexicans regardless of where they live, work, or go to school.”

Investments in jeopardy with 2020 Democrats

While New Mexicans continue to enjoy the benefits of oil and natural gas production, 2020 Democratic presidential candidates threaten this continued success. A number of 2020 candidates have stated that, if elected, they will enact policies to prohibit new oil and gas developments on federal lands.

The vast majority of oil and gas development in New Mexico takes place on leased federal land. The state charges oil and gas companies a 20 percent royalty for using resources from public lands. These funds are then funneled back to the state’s hardworking teachers for raises. If one of the many Democrats who’ve promised to end leasing public lands to oil and gas, teachers’ wages will curtail, and students could see their scholarships jeopardized by less public funding for them.

Candidates embracing “Keep it in the Ground” policies are ignoring the vast benefits this industry has continued to provide to Americans across the country. As Ryan Flynn concluded,