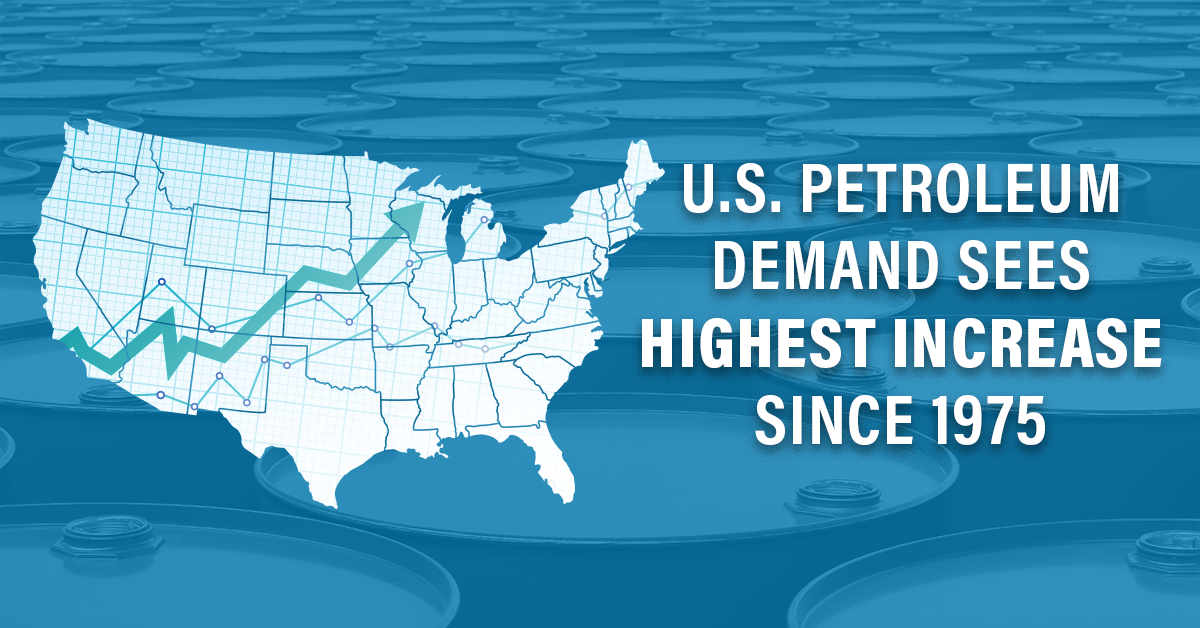 A major oil and gas industry group said Thursday that demand for petroleum, which fell earlier this year amid the coronavirus pandemic, increased by 14 percent last month over demand in April.

In May, petroleum demand increased by about 2 million barrels per day, according to a new report from the American Petroleum Institute. It said that the increase was the largest percentage increase for any month since December 1975.

However, the report indicated that demand may not have reached pre-pandemic levels, as last month’s 16.2 million barrels per day demand was still 20 percent lower than the demand last May.

And, demand for gasoline, a petroleum product, does tend to rise in the spring and summer as people drive more.

The industry group’s chief economist Dean Foreman, in a statement, attributed the demand growth to economic reopening in the country.

"Market forces are in the midst of driving an unprecedented realignment of oil markets despite significant uncertainty around the rate of recovery and longevity of the pandemic,” Foreman said. “The uptick in demand associated with the gradual reopening of state economies leads us to be cautiously optimistic that the worst may be behind us."

U.S. oil prices were at about $39 per barrel on Thursday afternoon, a significant increase over a decline earlier this year that was briefly as low as negative $40 per barrel.

This drop has been used by some in the industry to call for policies to boost the industry such as cutting the rates companies have to pay to lease federal lands for oil and gas drilling.

However, many environmentalists oppose giving any kind of help to the industry, arguing that the government should not help polluting companies.