Production and Potential in the Permian 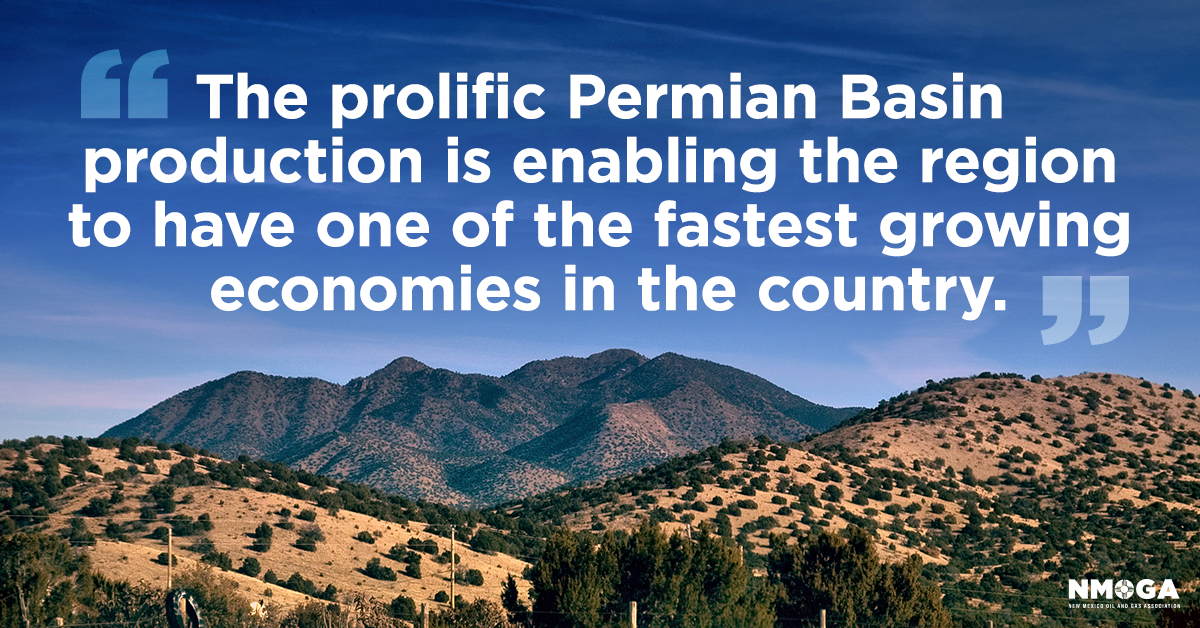 Not only is West Texas and Southeast New Mexico home to the world’s highest producing oilfield, but the prolific Permian Basin production is enabling the region to have one of the fastest growing economies in the country, according to a recently released Permian Strategic Partnership (PSP) report.

Over the next three decades, the industry has potential to provide almost $106 billion in tax revenues and royalties toward state education. Outside of supporting education through state and federal revenues, record production in the Permian has enabled companies the ability to continue to help their communities through direct donations to local schools and public universities, despite challenges brought on by the pandemic.

In fact, Permian production greatly benefits not only the communities near oil and natural gas operations, but every single resident in the two states. As Tracee Bentley, CEO of PSP, explains:

“As the industry recovers from the impacts of a global price war and pandemic, the vast energy resources of this region will continue to benefit students, teachers, and first responders throughout Texas and New Mexico.”

The energy industry also provides billions of dollars in contributions toward road maintenance, state services, and other budgets and funds within the two states. For example, oil and natural gas companies pay a severance tax on both natural gas production and oil and condensate production. Revenues from these annual taxes are allocated across the Foundation School, Economic Stabilization, General Revenue, and State Highway Funds in addition to the Comptroller Administration. The PSP reports that, in 2019 alone, the Permian oil and natural gas industry paid a record $3.7 billion in severance taxes, equivalent to two-thirds of Texas’ total severance tax collections for the year.

As production and subsequent economic benefits of the Permian continue to grow, so does the need for infrastructure investment. Currently, there are fewer than two dozen crude oil, natural gas, and liquefied natural gas (LNG) pipelines connecting the Permian Basin to terminals along the Gulf of Mexico. Additional pipeline infrastructure is necessary to continue moving oil and natural gas from the Permian to consumers across the country and even exported to markets overseas.

Additional pipeline infrastructure will also contribute to a decrease in flaring and methane emissions, according to a report by Former Texas Railroad Commissioner Ryan Sitton. Despite campaigns from fringe environmental activists, pipeline projects within the Lone Star State, like the Permian Highway Pipeline, are predicted to dramatically reduce flaring by providing more infrastructure to transport excess natural gas instead of burning it.

As stated in the PSP report, the oil and natural gas industry provides hundreds of thousands of jobs and billions of dollars to local and state economies. These positive economic benefits extend into pipeline infrastructure, as well. Texans for Natural Gas reports that annual pipeline construction in Texas supports an estimated 171,000 jobs and the pipeline industry will contribute $374 billion to the state by 2024.

The Permian and its continuous oil and natural gas production are significant. With investments in infrastructure, such as pipelines, the region will continue to provide Texas, New Mexico, the United States, and communities around the world with reliable, affordable energy developed in an environmentally responsible manner.