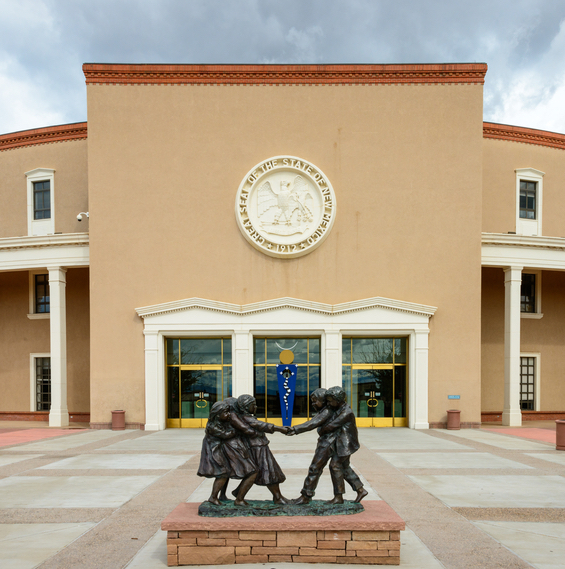 A report released in August 2018 by the New Mexico Consensus Revenue Estimating Group found state revenues will be 15 percent higher for the current fiscal year, which began in July, than previously estimated, leading to an extra $1.2 billion for state coffers. This is primarily due to “unprecedented” oil production levels in the Permian Basin due to advances in hydraulic fracturing (“fracking”) and horizontal drilling technology. The Land of Enchantment is now the third-largest oil producing state in America, behind only Texas and North Dakota.

“The significant majority of the revenue increase in this forecast from prior forecasts is attributed to the oil and gas sector, in particular receipts from Eddy and Lea counties and out-of-state receipts,” the report states. “Surging oil production accounts for about 85 percent of the change in the [Fiscal Year 2018] recurring revenue amount above the January mid-session forecast. Additionally, of the $857 million in growth in recurring revenues from [Fiscal Year 2017] to [Fiscal Year 2018], about $550 million, or 65 percent, can be tied directly to the energy industry through severance taxes, rents and royalties, oil and gas income withholding, and gross receipts taxes.”

“This spike is unprecedented,” Legislative Finance Committee chief economist Jon Clark told members of the New Mexico Legislature. “We’re relying on the oil industry more than we ever have before.” The state now has 104 active drilling rigs, an increase from 62 just a year ago, according to the New Mexico Oil and Gas Association. These rigs and the rest of the oil industry brought in $711 million in revenue for New Mexico schools in 2017. The increased revenue provided by shale development could further bolster education spending, health care programs, or infrastructure projects.

“New Mexico is literally positioned to be a global leader in energy production,” Flynn continued. “That’s what the numbers all point to. We can expect this record-breaking production will become the norm for the next several years. The Permian Basin is becoming the epicenter of global production now, and that’s great news for New Mexico.”

That shale development is providing large economic gains for New Mexico is not surprising. A December 2016 study conducted  by researchers at the University of Chicago, Princeton University, and the Massachusetts Institute of Technology determined hydraulic fracturing activity brings $1,300 to $1,900 in annual benefits to local households, including “a 7 percent increase in average income, driven by rises in wages and royalty payments, a 10 percent increase in employment, and a 6 percent increase in housing prices.”

The oil and natural gas hydraulic fracturing has enabled us to unearth and use are cost-effective, abundant, environmentally safe, and they can ensure the United States is the world’s largest energy producer well beyond the 21st century. Policymakers in New Mexico should make sure not to put unnecessary and harmful regulatory burdens on industries such as the natural gas and oil industries, which are safe, responsible, and have had an enormous positive impact on the economy at the macro and micro levels.

Local Fiscal Effects of a Drilling Downturn: Local Government Impacts of Decreased Oil and Gas Activity in Five U.S. Shale Regions
http://www.rff.org/files/document/file/RFF%20Rpt-SPF.pdf
This study from Resources for the Future finds 82 percent of communities in the five largest shale regions in the United States experienced a net fiscal benefit from hydraulic fracturing despite there having been a large drop in oil and natural gas commodity prices starting in 2014.

What If … Hydraulic Fracturing Was Banned?
https://www.heartland.org/publications-resources/publications/what-if-hydraulic-fracturing-was-banned
This study is the fourth in a series of studies produced by the U.S. Chamber of Commerce’s Institute for 21st Century Energy. It examines what a nationwide ban on hydraulic fracturing would entail. The report’s authors found by 2022, a ban would cause 14.8 million jobs to “evaporate,” almost double gasoline and electricity prices, and increase natural gas prices by 400 percent. Moreover, cost of living expenses would increase by nearly $4,000 per family, household incomes would be reduced by $873 billion, and GDP would be reduced by $1.6 trillion.

What If … America’s Energy Renaissance Never Happened?
https://www.heartland.org/publications-resources/publications/what-ifamericas-energy-renaissance-never-actually-happened
This report by the U.S. Chamber of Commerce’s Institute for 21st Century Energy examines the impact the development of shale oil and gas has had on the United States. The report’s authors found that without the fracking-related “energy renaissance,” 4.3 million jobs in the United States may not have ever been created and $548 billion in annual GDP would have been lost since 2009. The report also found electricity prices would be 31 percent higher and gasoline prices 43 percent higher.

The Social Benefits of Fossil Fuels
https://www.heartland.org/publications-resources/publications/the-social-benefits-of-fossil-fuels
This Heartland Policy Brief by Joseph Bast and Peter Ferrara documents the many benefits from the historic and still ongoing use of fossil fuels. Fossil fuels are lifting billions of people out of poverty, reducing all the negative effects of poverty on human health, and vastly improving human well-being and safety by powering labor-saving and life-protecting technologies, such as air conditioning, modern medicine, and cars and trucks. They are dramatically increasing the quantity of food humans produce and improving the reliability of the food supply, directly benefiting human health. Further, fossil fuel emissions are possibly contributing to a “Greening of the Earth,” benefiting all the plants and wildlife on the planet.

Nothing in this Research & Commentary is intended to influence the passage of legislation, and it does not necessarily represent the views of The Heartland Institute. For further information on this subject, visit Environment & Climate News, The Heartland Institute’s website, and PolicyBot, Heartland’s free online research database.