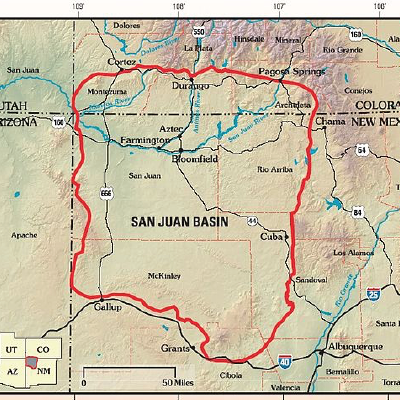 FARMINGTON — A recent increase in drilling rigs in the San Juan Basin has some wondering if the downturn in oil and gas production might be starting to turn around.

There are currently four active drilling rigs in the basin, according to a weekly rig report that tracks rigs and wells in the area. While that may not seem like a large number, when compared to reports of active rigs going back 16 months, it’s significant.

The last time the report listed four or more active drilling rigs in the basin was November 2015. During subsequent months, that number gradually dwindled to just one rig, and at one point last November, there were no active rigs operating in the basin. The number of active rigs started increasing in December.