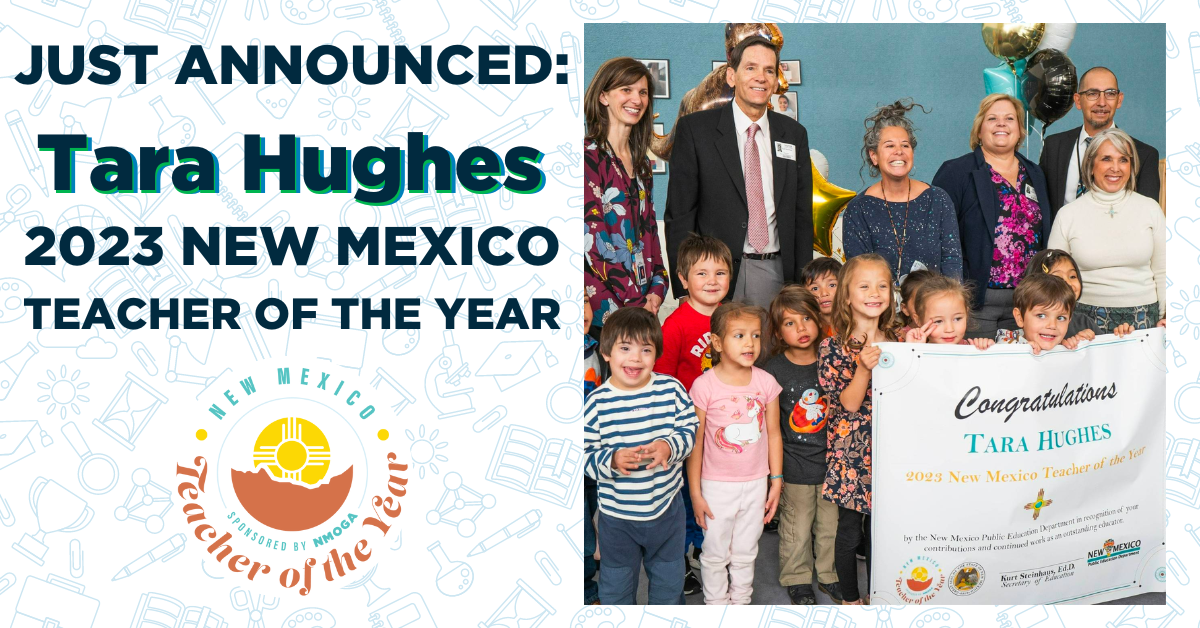 The teacher of the year program began in 1963; the New Mexico Oil and Gas Association is the title sponsor for this year’s program and will cover any travel and professional costs for Hughes. “Ms. Hughes is a shining example of how to deliver a top-notch education to our youngest learners,” Gov. Michelle Lujan Grisham said in a statement. The governor, Education Secretary Kurt Steinhaus, Santa Fe Public Schools Superintendent Hilario “Larry” Chavez and SFPS board members attended a ceremony for Hughes yesterday. “Tara is an outstanding teacher and will be a wonderful teacher ambassador for New Mexico,” Chavez said. “She has developed an outstanding model in her classroom that weaves academics with laying the foundation for students’ social, communicative and emotional development.” According to SFPS, Hughes “found her passion for education” while working as a carpenter and welder who ran the Santa Fe Opera stage crew, a role in which she instructed college-age students in stage operations and construction. Later work as a special educational assistant inspired Hughes to earn a master’s degree in special education at New Mexico Highlands University. Hughes told the Albuquerque Journal she was shocked, surprised and honored to receive the award. “There’s so many teachers out there who are amazing, and I just feel honored that I can represent everyone’s voice,” she said.