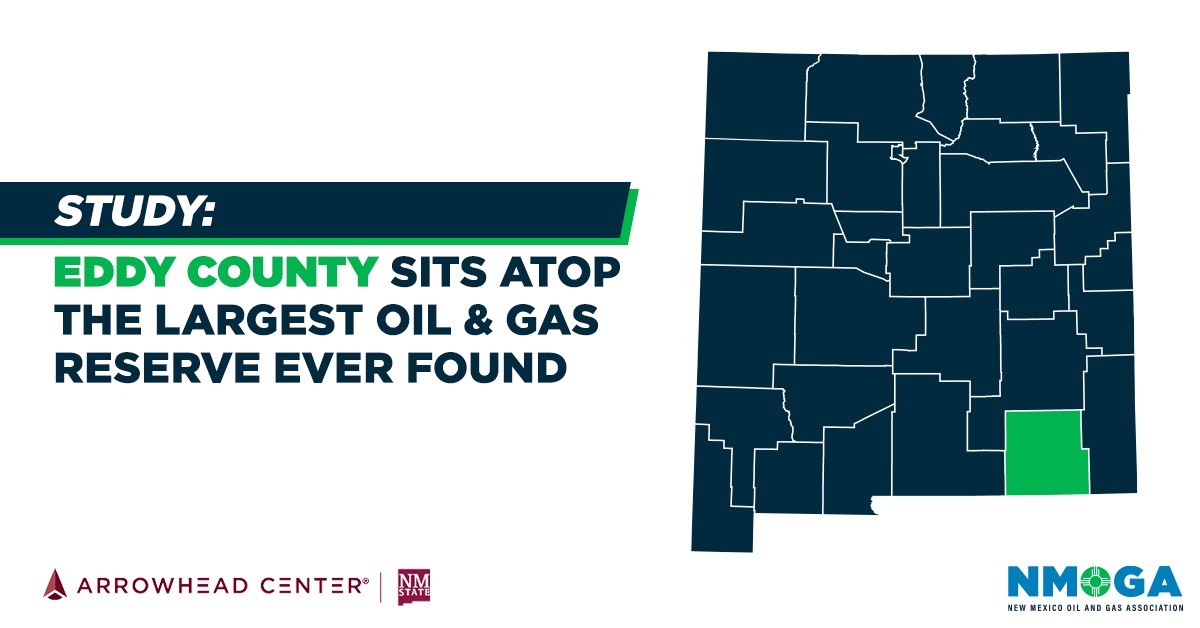 Many effects of Eddy County’s oil boom where immediately clear in recent years.

Between 2012 and 2018 – a period that saw the industry boom, bust in 2015 and boom again in 2017 – the oil and gas industry in Eddy County added $6.4 billion to state and local governments in New Mexico, per a study from the Arrowhead Center at New Mexico State University.

That contribution represented 10 percent of the State’s non-federal revenue.

Another $10.3 billion in contributions to New Mexico gross domestic product (GDP) came from Eddy County’s oil and gas industry, along with $4.9 billion in labor income.

Oil and gas in Eddy County added $1.1 billion to New Mexico’s school tax, and $1.2 billion to its severance tax between 2012 and 2018, per the study, along with $1.5 billion in revenue from State Trust land and $1.8 billion from operations on federal land.

About 54,964 jobs were supporting across the state, including job directly in the industry and those it supported.

The added jobs from Eddy County’s oil and gas industry generated about $4.9 billion in labor income from 2012 to 2018, while the industry had a total economic output of $13.9 billion during that time frame.

Winningham said he expected the numbers to continue to climb after 2018, due to the vast oil reserves discovered in southeast New Mexico and Eddy County.

“What they’ve discovered under Carlsbad is the largest oil and gas reserve ever found,” he said. “It looks like it will continue for a while.”

Another crucial factor in the industry’s growth in Eddy County is the low cost of extraction, Winningham said, due to the abundance of oil and gas discovered.

In November 2018, the U.S. Geological Survey reported the discovery of 46.3 billion barrels of oil and 281 trillion cubic feet of natural gas within the Permian’s Wolf Camp and Bone Spring formations.

That allowed companies in the region to continue to employ workers in the Permian Basin despite dips in the price of oil per barrel.

“A concern is the oil prices and the volatility they bring, he said. “With Eddy County being a low-cost producer, those companies are likely to keep jobs at those lower oil prices. That bodes well.

“Oil and gas prices are not as high as we’ve seen, but you’re still seeing the job growth which is impressive.”

Oil and gas activities in Eddy County and the greater Permian Basin were credited with leading the U.S. to surpass both Russia and Saudi Arabia in energy production last year.

“The increase in domestic production is greatly fueled by the increase in output from the Permian Basin,” read the Arrowhead study. “While this increased activity in oil and gas extraction and associated industries is apparent, the impacts are far reaching and have grown the economy and government budgets in New Mexico.”

A report from the New Mexico Institute of Mining and Technology indicated the Permian Basin was part of a broader, national boost in U.S. energy production led by the use of hydraulic fracturing which went into wide-spread use during the 2000s.

“The revolution in drilling and hydraulic fracturing has led to large-scale development of several major shale formations across the US since the 2000s. The unprecedented fossil energy development has reshaped not only the energy market dynamics but also the regional economies involved,” read the study.

“Among these regions, the Permian Basin is leading the energy development race, especially when it comes to oil production.”

Oil and gas money should be used wisely

The study pointed to a four-county area of southeast New Mexico made up of Eddy, Lea, Chaves and Roosevelt counties as producing more than 20 percent of the Permian Basin’s oil output.

But the effects of such development could also impact nearby counties and industries by increasing the purchase of goods and services and local spending.

The Permian boom could last another 30 years, read the study, with production expected to reach more than 5 million barrels per day by 2020.

With that continued economic growth, the study made three policy suggestions for the future.

It called on at least “some portion” of revenue from oil and gas development be reinvested in conservation of the environment and natural resources, while policy makers focus on creating jobs in industries that support or are supported by oil and gas production.

The study also called on local governments to use oil and gas revenue to generate or support new industries not tied to oil and gas.

“Admittedly, the long-run economic prosperity is difficult to forecast because it does not simply depend on resource endowments,” the study read. “Other factors also matter, such as human capital, technology advances, and institutions.”