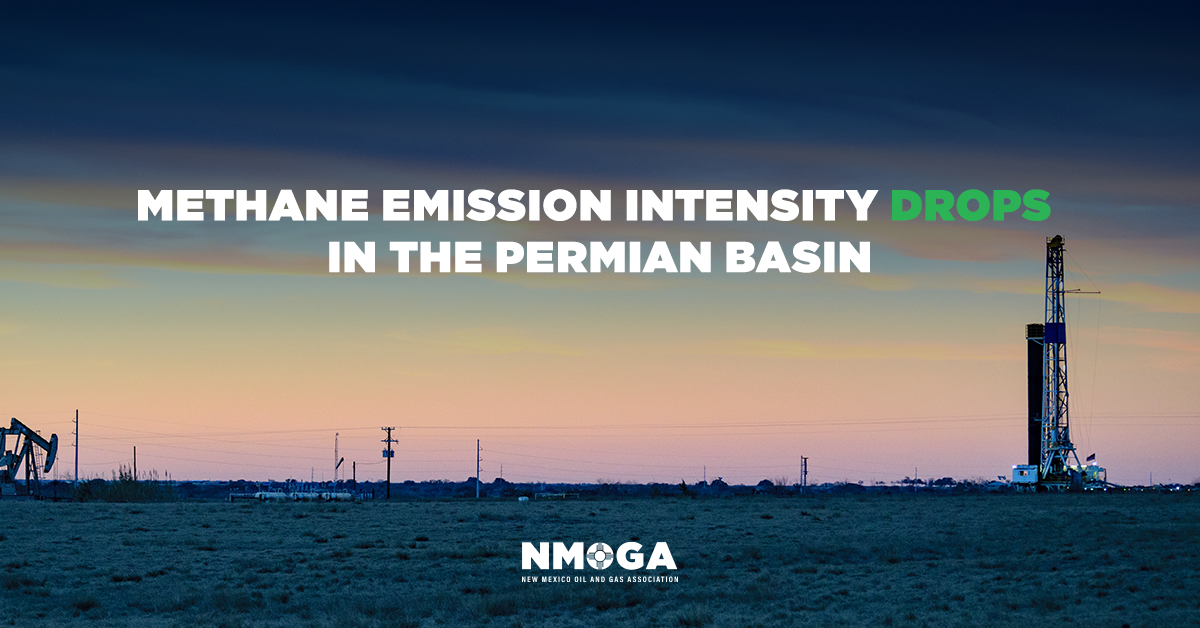 A new analysis by the New Mexico Oil & Gas Association shows a sharp drop in methane emission intensity in the Permian Basin during the last several years, despite a sharp increase in oil and gas production in the region.

The analysis showed a 57% drop in methane emission intensity since 2011, while oil and gas production has seen a 125% increase in that same time frame. Emissions intensity differs from emissions, in that it looks at the amount of methane emitted per barrel of oil. This study saw a drop from .008 metric ton CO2 equivalent per barrel of oil equivalent, to .003 MTCO2/Boe. Methane emissions overall have dropped 4.8 million metric tons CO2e to 4.6 million metric tons CO2e.

“Oil and natural gas producers across the Permian Basin continue to make clearly demonstrable progress toward managing methane emissions,” Ryan Flynn, Executive Director of NMOGA said in a statement. “We want to capture as much methane as possible, and it’s a priority for the oil and gas industry in New Mexico to continue to take the lead in reducing emissions through responsible operations and innovation.”

NMOGA Spokesman Robert McEntyre said this decrease in methane emission intensity comes down to the further development of infrastructure and technology in the Permian Basin.

“As we’ve continued to develop Permian Basin resources, not only are we implementing the best and newest technology, but we’re also investing in infrastructure and pipelines,” McEntyre said. “Ultimately, the more pipelines we have, the better we can capture methane and we can send it to consumers and elsewhere.”

The Environmental Protection Agency classifies methane as a greenhouse gas, gases which trap heat in the planet’s atmosphere. Methane is emitted during the production and transportation of energy sources like oil, natural gas and coal. EPA states that methane emitted today stays in the atmosphere for about a decade on average, but also absorbs much more energy than, say, carbon dioxide, which can remain in the atmosphere for thousands of years.

“This kind of flies in the face of what you often hear from some anti-oil-and-gas groups which say if we increase production, it increases methane emissions,” McEntyre said. “We’ve seen dramatic increases in production and we’re seeing dramatic declines in methane intensity.”

Luke Metzger, the Executive Director of Environment Texas, said NMOGA is making a weak case, due to their reliance on data from the EPA’s Greenhouse Gas Reporting Program.

“I think that program is widely understood to not be reflective of actual emissions,” Metzger said. Metzger referred to a study in the scientific journal “Science” published last summer, which found the EPA was likely underestimating methane emissions by at least 60%, and said other satellite readings of the Permian Basin which suggest there could be up to five times the level of emissions that are actually reported to the EPA by oil and gas producing companies.

“If we had more actual monitoring of methane emissions in the Permian Basin, we’d be able to actually say for sure whether or not emissions are going up or down,” Metzger said.