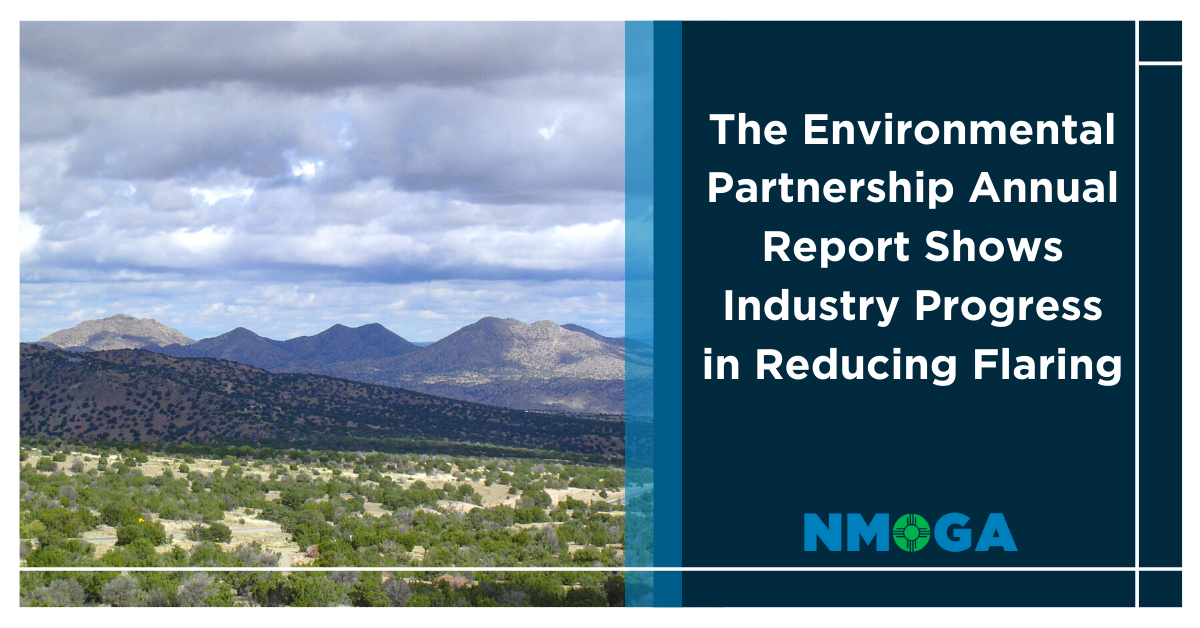 The Environmental Partnership today (Sept 9) released its third annual report highlighting the industry's progress in reducing flaring. Participants in the partnership's new flare management program reported a 50 percent reduction in flare volumes from 2019 to 2020, even as oil and natural gas production remained consistent among participating companies. The partnership and its growing coalition of natural gas and oil participants continues to demonstrate the industry's commitment to further reduce emissions and routine flaring and deliver improved environmental performance through six collaborative, action-oriented initiatives.

"The Environmental Partnership serves as a model for industry action and best practices for emissions reductions, and I'm proud that this initiative continues to build year after year and drive environmental progress," API President and CEO Mike Sommers said. "The success we've seen among the participating companies in reducing their flare intensity by 50 percent is just one way our industry is taking action to tackle the climate challenge head on and continuously improve environmental performance. Even under the challenges of the past year, the industry has seized this moment by investing in innovative technologies that achieve meaningful reductions in flaring and emissions while ensuring access to the affordable, reliable energy the nation's economic recovery depends on."

In 2020, The Environmental Partnership launched its latest environmental performance program, which is focused on reducing flaring of associated gas in oilfield operations. As part of the flare management program, companies are advancing best practices to avoid flaring and minimize emissions. To gauge progress, participants in the program have committed to report data to calculate flare intensity, a measurement of flare volumes relative to production. Participants reported a 50 percent reduction in flare volumes from 2019 to 2020, even as oil and natural gas production remained consistent among participating companies. This progress underscores the industry's commitment to advancing best practices to reduce flare volumes, promoting the beneficial use of associated gas and improving flare reliability and efficiency.

"As the country continues to recover from the ongoing impact of the pandemic, we're hopeful for the future and grateful for the community of dedicated women and men of our industry that steadfastly did their part to keep the nation moving forward," said Vanessa Ryan, chair of The Environmental Partnership and manager of carbon and climate policy for Chevron. "The Environmental Partnership's scope and implementation continued to grow despite the challenges of the previous year, and we're confident in our industry's resolve to tackle new challenges as we strive to meet the mission of the program and never stop improving."

"It's clear that through The Environmental Partnership and other industry-led efforts, oil and natural gas production, processing and transmission companies are committed to reducing their climate footprint and further reducing methane and flaring from operations," Director for The Environmental Partnership Matthew Todd said. "By sharing best practices, implementing innovative programs and advancing new technologies, we will continue to advance operational and environmental improvements in the years ahead."

Highlights from the annual report include:

Reducing Flaring: Flare volumes reduced more than 50 percent from 2019 to 2020, even as oil and natural gas production remained consistent among participating companies. Participating companies reduced the gas flare intensity of their operations 3.04 percent in 2019 to 1.49 percent in 2020. More than 171,000,000 MCF of flare gas was avoided or diverted from flaring for beneficial uses.

Implementing Leak Detection and Repair Program: More than 430,000 surveys were conducted across more than 85,000 production sites. The surveys found that of the more than 235 million component inspections performed, only 0.04 percent needed repair.

Replacing Pneumatic Controller Program: More than 970 high-bleed pneumatic controllers have been replaced, retrofitted or removed from service by the companies participating in the program - a significant step to reducing GHG emissions. Notably, 54 participating companies in the program reported they suspended use of high-bleed pneumatic controllers in their operations. The partnership expanded this program to address emissions from all gas-driven controllers, not just high-bleeds, leading to the removal of more than 9,200 additional gas-driven controllers and installation of more than 2,700 zero-emission controllers.
The Environmental Partnership's more than 90 members include large and small operators in every major U.S. oil and gas basin committed to reducing emissions across the nation's production and transmission segments. Thanks to the work of its members, the initiative has a strong record of building on proven industry actions that reduce emissions - including those that have helped reduce methane emission rates relative to production by nearly 70 percent in the largest producing U.S. regions, even as production rose significantly over the last decade.

API represents all segments of America's natural gas and oil industry, which supports more than 11 million U.S. jobs and is backed by a growing grassroots movement of millions of Americans. Our nearly 600 members produce, process and distribute the majority of the nation's energy, and participate in API Energy Excellence®, which is accelerating environmental and safety progress by fostering new technologies and transparent reporting. API was formed in 1919 as a standards-setting organization and has developed more than 700 standards to enhance operational and environmental safety, efficiency and sustainability.