The new NAFTA will energize energy and other industries 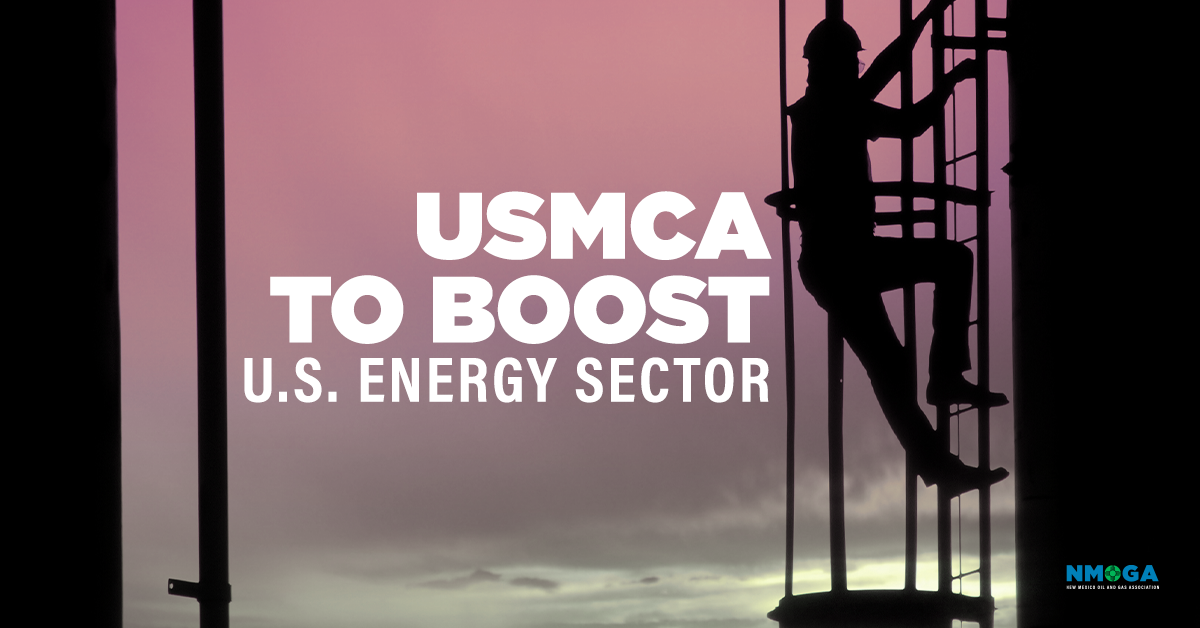 The USMCA kicked in on July 1, and we will soon see it benefiting the economy.

On July 1, the United States-Mexico-Canada Agreement (USMCA) went into effect, fulfilling one of President Donald Trump’s earliest promises. That promise was to throw out the North American Free Trade Agreement (NAFTA), and renegotiate a deal that American workers first.

The USMCA addresses the shortfalls of the outdated NAFTA and will ensure our economic success in the 21st century.

The International Trade Commission estimates that between 176,000 and 589,000 new American jobs will be created by its implementation. As our economy and workforce rebuild from the impact of the coronavirus pandemic, adding new jobs in our agriculture, automobile, and energy sectors will go a long way to help families and businesses get back on track.

The energy industry is the lifeblood of our nation’s economy and national security, so support for the industry and its workers is crucial. Indeed, even before the USMCA, the president demonstrated his understanding of this nexus by fighting for common-sense energy policies. Cutting duplicative and draconian regulations and facilitating a more certain investment environment for private industry allowed our energy producers and manufacturers to build, expand, and create opportunity for workers and communities across the country.

And with this energy agenda, we are leveraging the full potential of our energy bounty and benefiting American consumers by providing them with greater choice for affordable, safe, and reliable fuel and power.

The USMCA will continue this progress on the world stage by locking in labor reforms in Mexico, opening new dairy markets in Canada, and strengthening America’s position at the bargaining table as we negotiate new trade deals with the United Kingdom, Japan, and China, to name but a few.

While the USMCA has been touted for its improvements over NAFTA in the manufacturing and agriculture sectors, the new trade agreement also recognizes that trade in energy is a significant – and growing – part of our economic relationship with both Mexico and Canada. By establishing stronger, more modern guidelines to grow this trilateral trade, we enhance our security. By strengthening supply chains, improving critical infrastructure, and hedging us against global market fluctuations, we are enhancing the security of North America.

This new framework has several key components to continue powering energy trade. It maintains tariff-free energy exports through the continent, supports Mexican energy reforms that have reinforced its commercial ties to the United States, and better facilitates the transportation of energy products across borders.

In turn, this more robust trade will also allow all three countries to continue reducing their dependence on energy imports from nations who do not uphold the same adherence to free markets, transparency, and the rule of law. The benefits of these measures to preserve and reinforce our mutual independence cannot be overstated. They will make all Americans – and our region of the world – freer, safer, and more prosperous.

The USMCA represents a new era for American trade deals. In the short term, this deal will create energy sector jobs and raise family incomes as we emerge from the shadows of the coronavirus pandemic. In the future, led by the United States, it will unleash greater energy-driven innovation and provide energy security in an increasingly uncertain world. By enacting the USMCA, the president is delivering for the American people.