The oil industry is getting greener faster as U.S. policy shifts to climate change 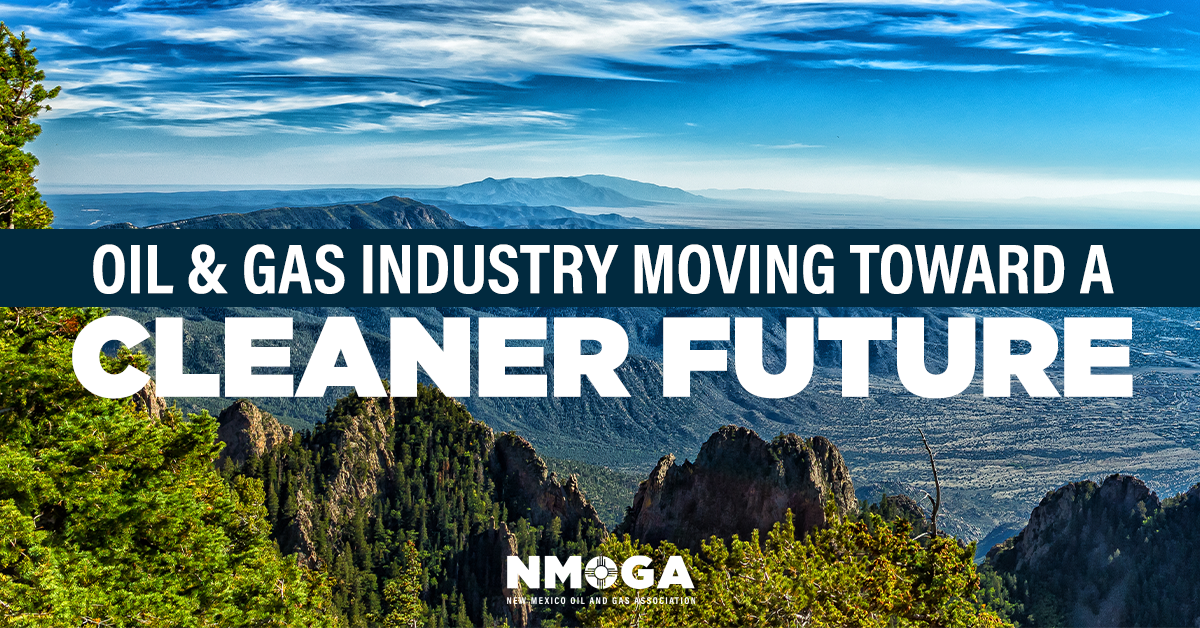 The greening of the American oil industry has gone into overdrive.

“The oil and gas industry is calibrating itself to what has become the new benchmark — net zero carbon by 2050. There’s a lot of variation in strategies and thinking about what will be the new map to get there,” said Yergin. “But the big cross-cutting themes that jump out this week are hydrogen, carbon capture, innovation — and the need for large companies with engineering capabilities that can operate at scale — which is where the oil and gas industry happens to be.”

Yergin was speaking from the annual CERAWeek by IHS Markit energy conference, held virtually this year, and he said a hot topic at the conference among energy producers this week was how to reduce their carbon footprint long term.

The chief executive officers from BP, ExxonMobil, Chevron, Occidental Petroleum and ConocoPhillips spoke about the industry transition to a lower carbon world. Exxon separately holds its investor day Wednesday and is likely to cover the same ground.

Occidental Petroleum CEO VIcki Hollub told the conference her goal is to produce net zero carbon oil. She said that in 15 to 20 years, Occidental will be a carbon management company, not just an an oil company. Carbon, a byproduct of fossil fuels, is blamed for accelerating climate change

“With respect to the Biden administration, I would say the good thing is the Biden administration and President Biden understand and know how important carbon capture and sequestration to mitigate the impact of climate change,” said Hollub. “They know that. I believe they’re going to take steps to address it. This is a big opportunity for them. It’s a big opportunity to make a huge difference for the United States and be a leader in the world.”

The oil and gas industry has already been moving toward a cleaner future, even as the U.S. sat out of international climate discussions during the Trump administration. Biden immediately put the U.S. back into the Paris climate agreement. 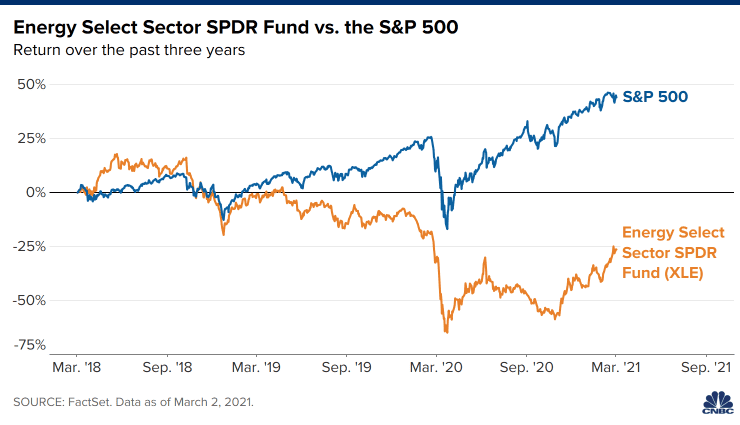 Last year’s CERAWeek conference was canceled due to the pandemic, and the price of oil was plummeting. Energy stocks took a major hit and some still have not recovered, but oil prices have been rising and the stocks have benefitted.

BP CEO Bernard Looney told the conference he expects a boom period after vaccine rollouts result in broad immunity from Covid. In the interim, he has been focusing the company on the future.

“We decided to really embrace that energy transition more as an opportunity than as some sort of threat to our core business,” he told the conference. BP has expanded in wind and other technology and Looney says it will be an integrated energy company in the future, rather than an international oil company.

Stewart Glickman, CFRA energy analyst, said companies have speeded up efforts on carbon and they are working hard to get credit from investors.

“That is a tangible difference that we didn’t see before. They’re accelerating, and they’re certainly spending much more time marketing their efforts on carbon capture and a low carbon future. Before 2018, you really wouldn’t hear boo about this,” he said.

Glickman said companies could be rewarded for their efforts ultimately. Environmental, social and governance investing has also been a big driver of change.

“More and more dollars that are being provisionally managed seem to be following some variant of ESG strategy. It makes wallet sense,” said Glickman. “Some of these firms in the past haven’t done enough to decrease their carbon footprint.”

in 2020 alone, ESG funds attracted $51.1 billion of new money, according to Morningstar.

“It’s a fight for survival in the ESG world. It’s not enough now to be the cheapest barrel,” said Helima Croft, head of global commodities strategy at RBC. “You have to be the greenest barrel now. ”

The S&P energy sector is up less than 4% over the past 12 months, but with the recovery in oil prices, it has surged 28% this year.

Croft said the race to be the cleanest will ultimately pit the oil majors against their Gulf state-owned rivals from Saudi Arabia, Kuwait and the United Arab Emirates “That’s something the national oil companies are pushing as an advantage. ‘Not only are we the cheapest, but the greenest,’” she said.

At ExxonMobil’s investor day, Glickman expects one topic of interest to be the dividend.

“The growth investor fled a long time ago. What they have left is the income investor. They’re trying their best to hold onto them,” he said.

Exxon Mobil announced two board seat changes Monday, including activist investor and ESG proponent Jeff Ubben, in a sign that the company is confronting the changes weighing on it as the world moves toward cleaner energy.

Glickman said Exxon’s plans for carbon does matter to investors. “I think the jury is still out. What seems to be driving the business is what does your balance sheet look like? What’s your operating cash flow look like?” he said. “Can you sustain your dividend? Are you able to get the production you want without having to spend too much in terms of capex dollars? Those are first and foremost in terms of what investors want to know.”

But they will also want to know about Exxon’s renewables business and its low carbon solutions business, which CEO Darren Woods discussed Tuesday.

Goldman Sachs on Tuesday reiterated its buy rating on Exxon and raised its price target to $61 from $59. Exxon stock closed at $56.07 per share Tuesday.

The Goldman analysts said investors will want to hear about Exxon’s production plans, capex and the impact of the Texas storms. “We believe investors are looking for more clarity on how the company will drive a meaningful reduction in carbon levels as well as position itself for success in the next decade in the energy transition,” the Goldman analysts said.

Woods said the company is making progress on its carbon effort and is gaining momentum. For instance, the U.S. and other governments are recognizing the role of carbon capture and storage, technology has improved to make the economics work better, and there are investors looking to move into the space.

“We’ve been doing research for over a decade on carbon capture and storage to try to make that more economic, more effective, to allow us to capture the emissions that are generated in power generation, and or industrial applications,” said Woods.

He said a government role would be helpful to supply a regulatory framework that could provide the industry with certainty so it could make appropriate investments.

“Getting a market price on carbon is going to be really important, to make sure we’re using market forces to try to most cost effectively reduce CO2 emissions. I would also say government should not pick winners and losers. They should not pick the sectors,” he said. “Instead open it up and have credits.” Credits could be generated from business areas where it’s possible to reduce carbon and used to help offset areas where it’s more difficult.

’What I think that people don’t understand is we should not be talking about eliminating fossil fuels. What we really need to be talking about is eliminating emissions and if we can provide and we will,” she said. “Net carbon zero oil that is what the world needs and the world cannot achieve the goals ... of the Paris accord without the oil industry helping with that. We can be leaders in that.”

“We’re going to be building what will be the largest direct air capture facility in the Permian and partnering with us to do that is United Airlines because they also have a commitment and focus on getting to net zero by 2050.