The President's Trip to Saudi Arabia 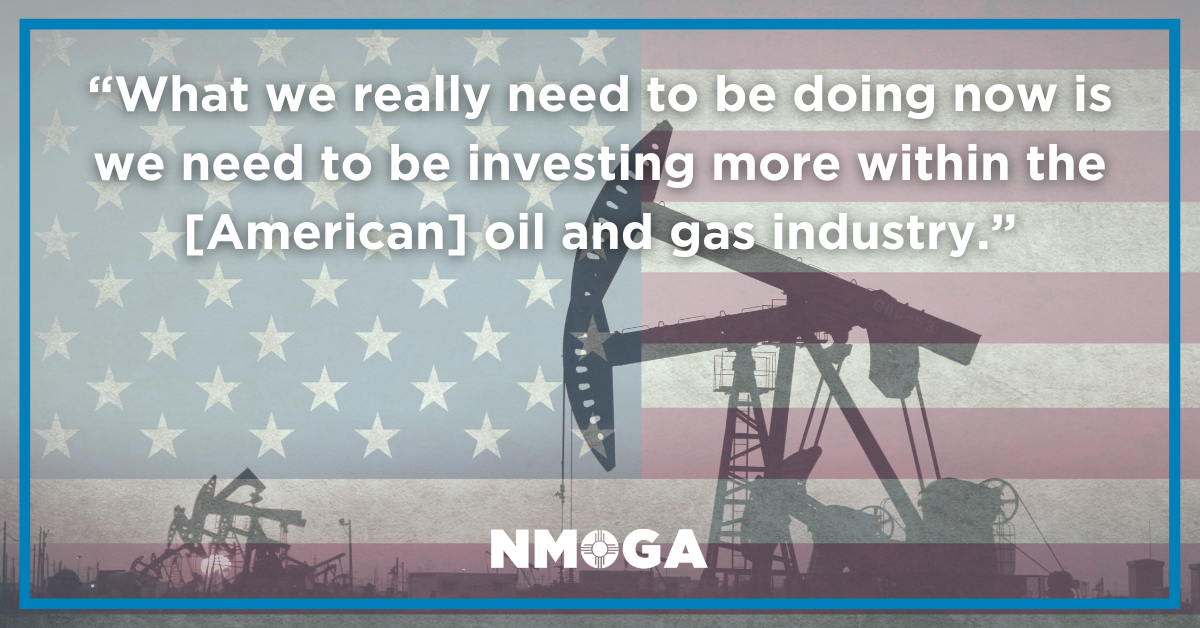 Even as much of the media coverage of President Biden’s weekend trip to Saudi Arabia focused on discussions of human rights and the broader U.S. role in the Middle East, there was news much more important to American families and businesses than the fist bump between the president and the crown prince – Mr. Biden’s inability to convince the Saudis to immediately and substantially increase crude oil production beyond what they’re already doing.

Respectfully, it’s past time for President Biden to visit America’s energy fields and infrastructure. He could see what American producers can do to help increase global oil supply and begin addressing the energy costs that have impacted the U.S. economy. Those costs were a big reason Mr. Biden went to Saudi Arabia in the first place. Certainly, Saudi Arabia is a key player in the global oil market, and it’s important for the U.S. to keep a good dialogue going with the kingdom. That said, if the administration is serious about increasing supply, the president should also meet with and learn from the men and women producing, transporting and refining our fuels here at home. We’re confident the response of American producers would be constructive. API President and CEO Mike Sommers, in a WMAL radio interview Monday:

“Unfortunately, the president wasn't able to secure any more oil from Saudi Arabia. Those of us at the American Petroleum Institute would like him now to make a visit to the prolific Permian basin in Midland, Texas, and ask some of the producers here in the United States to start loosening the taps here as well.”

We’ve previously shared a new API video highlighting the benefits of American oil and natural gas. It offers an inside glimpse of what President Biden would see if he went to the Permian, the Bakken or the Marcellus.

It’s not clear why President Biden hasn’t accepted the invitation – or engaged with our industry on the “10 in 2022” action plan sent to him before his trip to the Middle East. But he should. The list of 10 steps the administration and/or Congress could take right now to help alleviate the current energy crisis seems like a no-brainer after the latest rebuff from the Saudis.

Indeed, the Saudis responded as they have the other times President Biden asked for more oil production. This weekend they only committed to work within the OPEC+ group to determine production levels. Though the president said afterward that he expects “further steps in the coming weeks” from the kingdom, his comments were bereft of specifics. Saudi officials said the cartel would follow the market situation and supply energy as needed.

President Biden said he is doing all he can to increase oil supply for the U.S. But until he and his administration signal more than very limited, sporadic, short-term, politically convenient support for American oil and natural gas production, that statement is incorrect.

There’s more he can do – starting with the clear signal that American oil and natural gas is needed now and in the foreseeable future. This outreach would advance if he accepted our industry’s tour invitation. Ernest Moniz, energy secretary during the Obama administration writes today in the Boston Globe:

Oil and gas remain central to global energy systems and are key to energy security, at least in the near and mid term. Sloganeering against the transitional role of fossil fuels has impeded progress on both climate change and energy security …

Clear support from Washington is critically important for investments in new oil and natural gas production now and in the future. “What we really need to be doing now is we need to be investing more within the [American] oil and gas industry,” Sommers said in the radio interview.

That’s where America’s energy security will come from – not from begging others around the world to supply it.