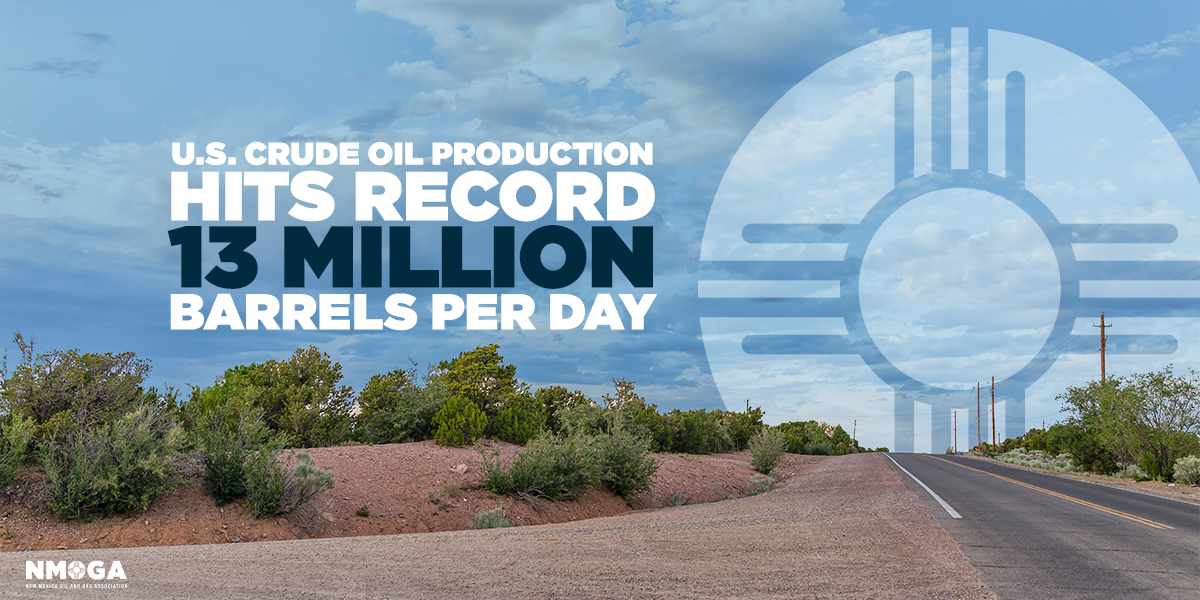 U.S. crude oil production rose to an estimated record-high of 13 million barrels per day last week as the nation's energy growth crossed a new threshold, according to a weekly report from the U.S. Energy Department.

The increase production comes as the nation's stockpiles of commercial crude oil fell by 2.5 million barrels last week, but those volumes were more than offset by large spikes in gasoline and other fuel supplies.

The news comes amid falling oil prices as the U.S. benchmark could settle below $58 per barrel for the first time since Dec. 3.

The Jan. 3 targeted killing of Iran's top military general by the U.S. government had pushed crude prices above $63 per barrel. But a seeming cease fire - at least temporarily - has let crude values fall back down below $60.