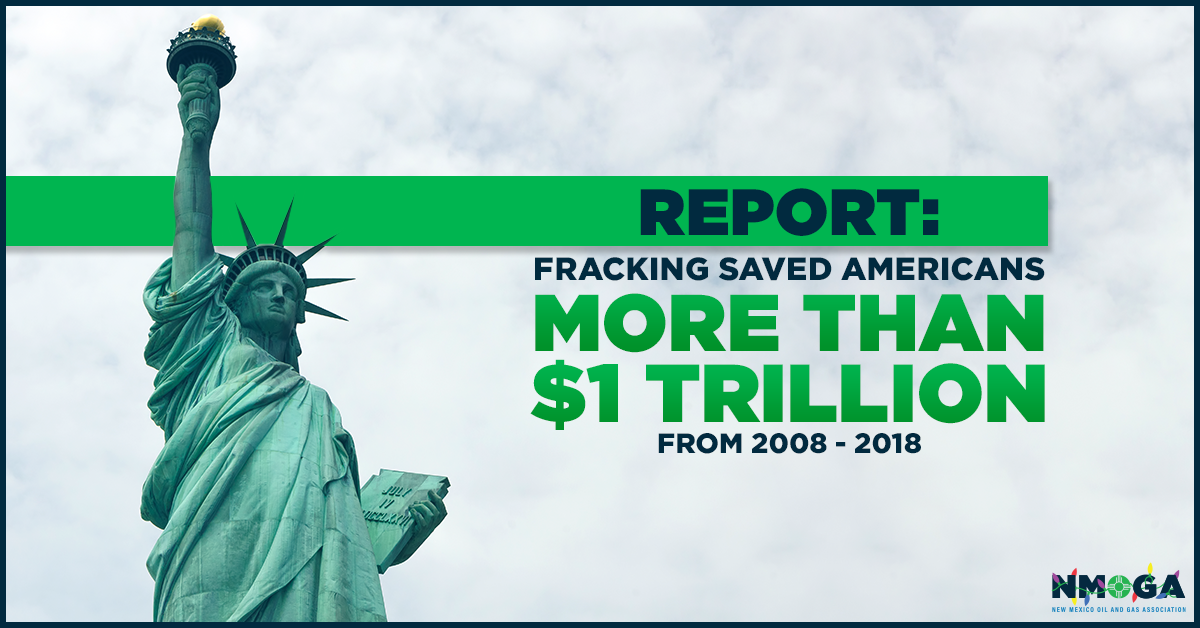 One line in the story in particular should have done the trick: "The shift in the United States to building more natural gas power plants has led to the reduction of more than 2.8 million metric tons of carbon dioxide emissions since 2005, making it the largest source of energy-related carbon savings, recent data from the Energy Information Administration show."

That fact alone was worth a multitude of headlines from the mainstream media. But there was even more earth shaking—and earth changing—news in the report.

"Many expected renewables would overtake natural gas as the largest source of emissions savings in 2018, as non-carbon electricity generation has risen by 35 percent since 2005," the report stated. "But EIA's new data show natural gas has widened the gap with renewables since 2017 in the reduction of carbon emissions in electricity generation, underscoring its ability to provide consumers reliable low-cost, clean energy, and its vital role in sustainability."

Why would such a remarkable story about natural gas and hydraulic fracking get ignored by the national media? Especially as concerned Americans of every political stripe seek solutions to climate change that are neither budget busters nor calls for massive industrial policy changes.

I couldn't find a single article. Perhaps the idea of fracking—and a fossil fuel—actually contributing to the betterment of the world doesn't comport with the current climate narrative. Those energy folks, those frackers, can't possibly be doing good, can they?

But there was even more startlingly good news in that report. It concluded that the United States now leads the world—the world!—in carbon dioxide reductions. That should have been the banner headline in every news organization in America: "America Leads World in Carbon Dioxide Reductions."

Could it be that the unenlightened Americans are the good guys in this drive to save the planet? And the energy industry itself?

Maybe we didn't see that headline anywhere because good news like it could not possibly have happened under Republican leadership, with a president who's been lambasted by climate change experts, and an energy secretary, Rick Perry, from—God forbid—Texas!

"The second wave of the U.S. shale revolution is coming," IEA Executive Director Fatih Birol explained. "It will see the United States account for 70 percent of the rise in global oil production and some 75 percent of the expansion in LNG [liquefied natural gas] trade over the next five years." By 2024, America will become the world's top LNG exporter, the report added.

What could that mean to the world, and the planet? "Global transition from coal to natural gas for electricity production, the IEA study concluded, could prevent 1.2 billion tons of carbon emissions from entering the atmosphere."

A grand total of 1.2 billion tons of carbon emissions may disappear thanks to American ingenuity and innovation—and hydraulic fracking was a byproduct of both—and the media had nothing to say about it?

But that wasn't the only great energy news the media ignored recently. A new report by Kleinhenz & Associates for the Ohio Oil and Gas Energy Education Program stated that increased oil and natural gas production from fracking saved Americans $1.1 trillion from 2008 to 2018. Based on those totals, fracking saved the average family over $900 a year, and almost $9,000 over the decade.

That's real money to a whole lot of Americans living paycheck to paycheck.

The report also noted that for American household in the bottom 20 percent, lower prices from natural gases constituted savings of 2.7 percent. "This is equivalent to a raise of 2.7% for the poorest households," the report stated.

But there was even more good news from the Kleinhenz & Associates report. It turns out that the shale revolution has not only lowered carbon emissions and saved American families thousands of dollars: It's been great for the economy, too.

According to the Federal Reserve Bank of Dallas, the shale industry drove 10 percent of U.S. GDP from 2010 to 2015. In 2018, oil and gas extraction accounted for $218 billion of U.S. economic output, according to the National Bureau of Economic Research.

In addition, each million dollars of new oil and gas production created $80,000 in wages and income, and $132,000 in royalty and business income, according to a study by the American Economic Review.

And a study by the U.S. Chamber of Commerce stated that Americans would have 4.3 million fewer jobs but for the fracking and shale revolution, and over $548 billion would have been wiped from America's GDP since 2009.

Not too long ago, gas prices topped $4 a gallon, and Americans were feeling the pain. At a campaign in 2012, President Barack Obama said these words to a crowd of supporters, according to The New York Times: "Anybody who tells you we can drill our way out of this problem doesn't know what they're talking about, or just isn't telling you the truth."

In a weekly radio address around the same time, Obama called drilling a "bumper sticker."

Less than 10 years later, America is now the largest global producer of crude oil in the world, moving from more than 5 million barrels a day to more than 10.

And all of that drilling has done something no bumper sticker could, and something anyone sensible who has studied economics knew it would: It lowered prices. And lowered prices well over $1 a gallon. Which translates into real savings for Americans every time they fuel up their vehicles.

Ask any working-class family what they think about the price of gas today—as opposed to 2012—and you'll see big smiles and happy faces. I know it makes my family happy: It costs us $20 less each time we fill up the family Toyota Sequoia.

So on this big national holiday, as we all hit the highways and the airports—and many of us enjoy the great outdoors hunting, fishing or hiking—we should all give a special thanks for all the good news on the energy and environment front.

We are all a bit richer. And the planet is a bit greener.

If only the media would spread a little of that Thanksgiving cheer around.