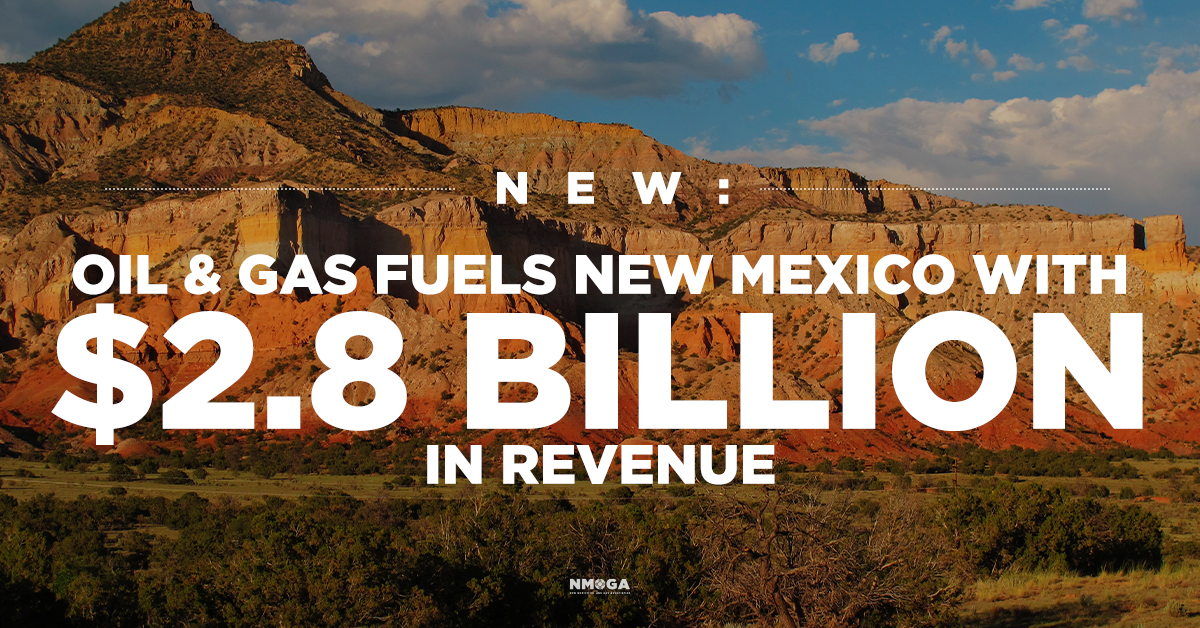 “The oil and gas industry continues to be the key driver of New Mexico’s economy, delivering for New Mexico in a significant way despite the challenges we’ve all encountered during this unprecedented public health crisis,” said Ryan Flynn, President of the New Mexico Oil & Gas Association. “New Mexico’s oil and gas industry enters 2021 stronger, more resilient, and more determined to keep doing the work to provide for our state. Across our industry, we have adjusted our way of doing business to ensure that our employees and communities remain safe while producing the essential energy we need for daily life. The oil and gas industry is committed to New Mexico, and we will continue to be the foundation of our state’s economy if divisive and destructive policies are not allowed to stand in the way.”

Of the $2.8 billion in revenue from oil and gas production, $2.376 billion was allocated for recurring spending, $192 million for non-recurring spending, and $232 million for reserves. Federal mineral leasing, the target of several proposals to restrict domestic oil and gas
development, is the single largest source of oil and gas revenue to the state at nearly $809 million.
The report notes that the decline in oil and gas revenue from fiscal year 2019 to 2020 stems from an “abnormally high level reached in FY19 due to one-time [federal] bonus payments.”

“Every New Mexican relies upon the oil and gas industry to put teachers in our public schools, keep first responders ready to help, and to ensure healthcare resources are available to thousands of our neighbors,” added Flynn. “But while we continue the important work of driving state revenue and our economy, we also remain laser-focused on doing our part to reduce emissions and protect the environment. For New Mexico’s oil and gas industry, economic and environmental leadership go hand in hand.”

To view the full report, including a detailed county-by-county review of oil and gas revenue, please visit www.nmoga.org/fuelingnewmexico.

The New Mexico Oil & Gas Association (NMOGA) is a coalition of more than 1,000 oil and natural gas companies and individuals operating in the state of New Mexico. NMOGA is the oldest and largest organization representing the oil and gas industry in New Mexico and its members include all facets of oil and gas production, transportation, and delivery. The oil and gas industry is the greatest economic contributor to the state of New Mexico, supporting more than 134,000 jobs and $16.6 billion in annual economic activity. Taxes and royalties from the industry account for 33.5% of the New Mexico’s annual state budget, including nearly $1.4 billion for education.